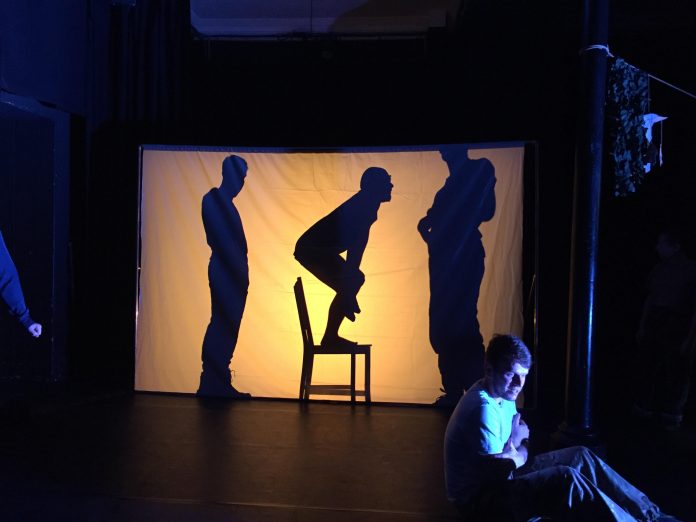 After an exceedingly successful run at Edinburgh Festival Fringe, Plaster Cast are performing for three nights over Remembrance Day weekend. The poignancy of performing on these dates is clear; Highlighting this often-forgot- ten side of the veteran narrative is vital to respectful commemoration. Tackling issues of homelessness and veteran support, Action Man is both sensitive and uncompromising in its portrayal of a man left behind.

After an eight-year career in the British Army, Corporal Liam Drury returns home, but is struck by sudden and debilitating flashbacks to his time in combat.

Faced with a PTSD diagnosis and the disintegration of his marriage, he finds himself being shunted from one sofa to another. Without a stable home, he is forced to fight against impending homelessness and the mental health cuts. With humour and heartbreak, Plaster Cast explore what has caused Liam’s once regimented life to spiral into utter collapse.

Having worked alongside homeless charities such as StreetWise, the show has had input from ex-serviceman who have slept rough themselves. Veterans are at increased risk of experiencing the most severe and dangerous forms of homelessness (Multiple Exclusion Homelessness), and are more likely to sleep rough for longer periods. Action Man follows one man who has fallen under such conditions.

Combatting a media which frames the issue of homelessness through statistics, Plaster Cast work to move away from a dehumanising narrative of numbers. They aim to increase public engagement by exploring personal, inti- mate and individual stories through their protagonist-led work.

Plaster Cast is a collective of young creatives, between the ages of 18-21, passionate about making politically engaging theatre.

Hailing from Manchester, their mission is to challenge issues that are heavily misrepresented by the media, through raw and provocative forms of physical theatre. Taking inspiration companies such as DV8 and RashDash, they believe presenting concerns through movement can be an effective way of strengthening an audience’s engagement with challenging subject matter.

‘Action Man’ will be at  Manchester’s 53two theatre on the 10-12th November.On 11th November, Plaster Cast will perform a special Remembrance Day performance

Rick Astley back with a new album and a Manchester Date