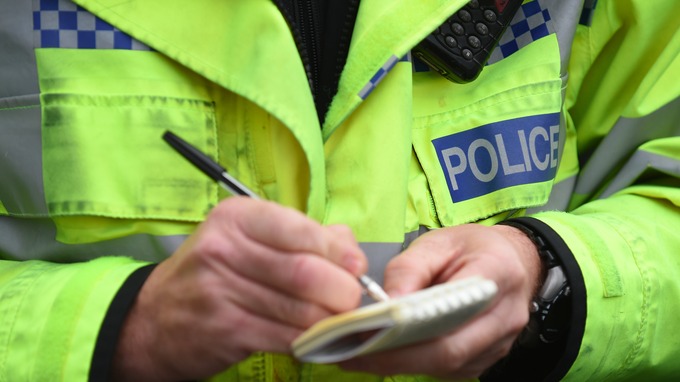 A family were held at gunpoint in their home during an armed robbery in Wythenshawe last night.

Armed thieves had entered a house on Goldie Avenue in the Peel Hall area around 9.30,two masked men,armed with a suspected gun and an axe, forced their way through the front door before threatening the family.

A 14-year-old girl was held at gunpoint and forced to hand over her mobile phone.

The girl’s father, a 50-year-old man, was attacked with an axe and received injuries to his head and leg. He was taken to hospital for treatment and is now recovering at home.

The offenders stole the girl’s mobile phone and a quantity of cash before fleeing the scene on foot across a field in the direction of Styal Road.

The man brandishing the gun is described as white, in his 20s, with a local accent. The second man was wearing a black balaclava and a grey hoodie.

Detective Inspector Lisa Ogden, from GMP’s City of Manchester Division, said: “The entire family have been left shaken after this terrifying attack in their own home, and it is utterly despicable that a gun was pointed at an innocent 14-year-old girl.

“We are determined to find the men responsible for this and ensure they are held to account for their actions.

“There will be an increased police presence in the area while our investigation continues, and I would encourage anyone in the local community with worries or concerns to speak to the officers on the ground.

“At this stage we do believe the offenders are local to the area, and we are appealing to anyone with information to come forward to police as soon as possible.”