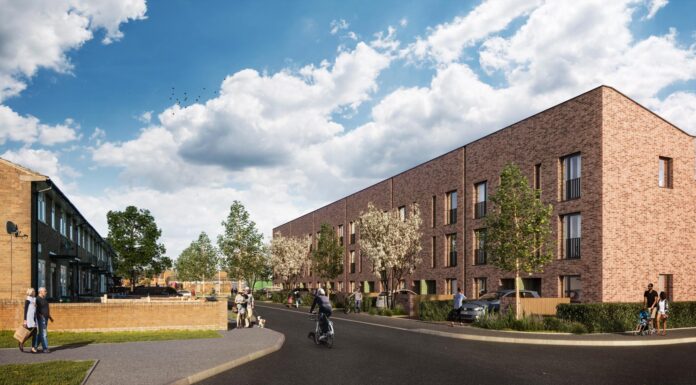 Plans have been submitted this week by Manchester City Council and Far East Consortium (FEC) to build 30 brand new homes for social rent as part of wider regeneration plans in the Collyhurst area.

The new homes are in addition to 244 homes (including 100 for social rent) currently being considered for approval by the Local Planning Authority as part of the joint venture’s neighbouring Collyhurst Village development – plans for which include a new 1.3 hectare park.

The masterplan for Collyhurst Village also includes almost 2,000 sq ft of neighbourhood-focused commercial and retail space as the joint venture partnership looks to improve community assets and provide new inclusive public realm spaces for Collyhurst residents. More than 450 trees are expected to be planted as part of a network of green links to the surrounding village.

A separate planning application for Collyhurst Village was submitted in February. Enabling works for the scheme, supported by the government’s £400million Brownfield Housing Fund and delivered by Manchester contractor LK Group, have begun on site.

The two new neighbourhoods developments are part of the wider £4bn (GDV) Victoria North project (formerly known as the Northern Gateway project) which will deliver up to 15,000 new homes while rejuvenating disused land over the next 15 years.