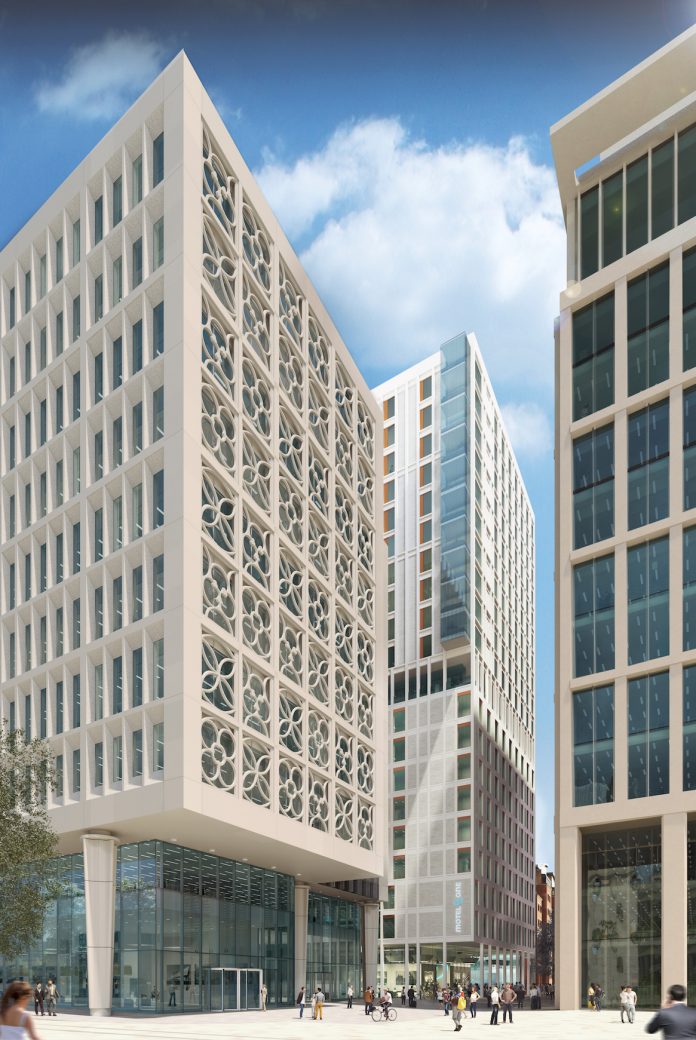 Designed by Stephenson Studios in conjunction with Leach Rhodes Walker, the scheme will comprise a 328-bedroom Motel One on the ground and eight upper floors with a 262-room Staycity Aparthotel above.

The existing vacant 1970s building, which was previously known as Peterloo House, will be demolished. Construction of the new development is expected to start imminently and be completed in 2020.

Andy Lavin, development director at Alliance said: “This site has a prominent city centre location which makes it ideal for Motel One and Staycity. Each operator has a different but complementary offer which will add to the wider mix of uses in the area. Visually this development will also add to the street scene in St Peter’s Square, helping to strengthen the Civic Quarter.”

Staycity Aparthotels, one of Europe’s leading aparthotel operators, is a privately-held company based in Dublin operating aparthotels and serviced apartments in central city locations. Its total estate (contracted pipeline and operating) comprises more than 4,500 apartments and the company is on target to achieve its aim of 15,000 apartments by 2022.

Manchester employment growth amongst highest in Europe, according to new research from JLL