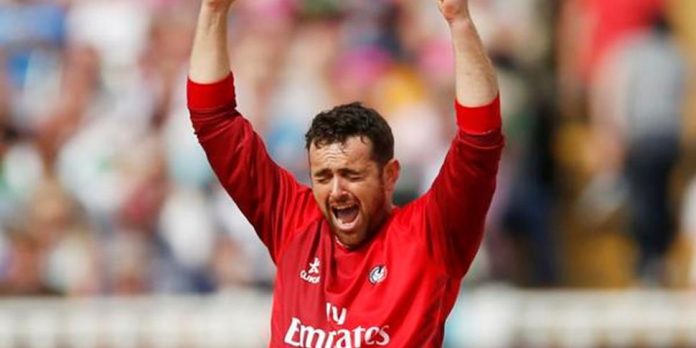 Stephen Parry and Dane Vilas have signed contract extensions that will see the pair playing at Emirates Old Trafford until at least the end of the 2019 season.

Ahead of 2017, Parry, who first joined the Lancashire Cricket Academy in 2004, had only played nine first class matches across his career. Last year alone, he played 14 matches – 13 in the Championship – and took 29 wickets with a best of 5-45 in the second innings of a win over defending champions Middlesex at Southport in June.

The left arm spinner enjoyed arguably his most productive white ball summer in 2015 where he was the joint leading wicket-taker in the 2015 T20 Blast alongside Red Rose team-mate James Faulkner, taking 25 wicket, as Lancashire claimed a maiden T20 title.

Stephen Parry said, “I’ve always loved playing for the Red Rose and I am delighted to have signed this new contract.

The 32 year-old also hit two centuries in the Royal London One-Cay Cup in 2017, against Worcestershire at Emirates Old Trafford and away at Durham.