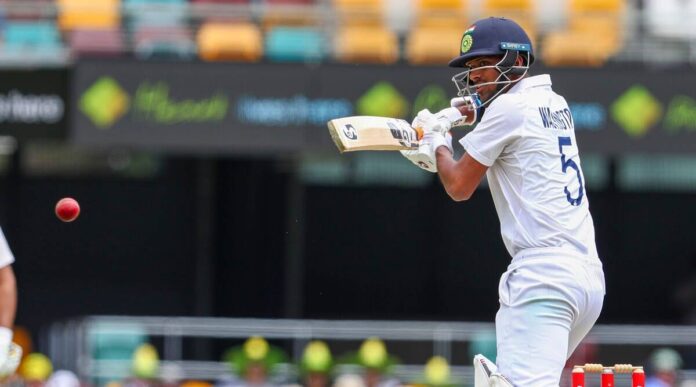 Following the approval of his UK visa, Washington, will arrive in the country and link up with his new teammates at Emirates Old Trafford next month.

Washington, who is currently following a period of rehabilitation with the BCCI after a recent injury, will be available for the whole Royal London One-Day Cup competition, and fitness depending, a number of LV=County Championship games in July.

The 22-year-old all-rounder, who bowls off-spin, has already represented India in all three international formats and has also made over 50 appearances in the Indian Premier League (IPL).

In 2017, at the age of just 18 years and 80 days, Washington became the youngest player to debut for India in T20Is and he has since made 31 appearances in the shortest format for his country – taking 25 wickets.

Washington’s also represented India four times in One Day Internationals and in four Test matches, most recently in the home Test series win against England in early 2021. He plays domestic cricket in India for Tamil Nadu and has often been compared to fellow spin bowling all-rounder, R Ashwin, who also progressed through the ranks in the Southern Indian state.

After representing India at the 2016 Under-19 World Cup, Washington replaced Ashwin at Rising Pune Supergiant for the 2017 IPL, bowling at an impressive economy rate to help his side to the final.

In First-Class cricket, Washington has claimed 36 dismissals in 17 matches whilst also striking five fifties and a century with the bat. He’s also picked up 44 wickets in List A cricket.

Speaking after his moved to the Club was confirmed, Washington Sundar said: “I am extremely excited to play county cricket for the first time with Lancashire Cricket.

“To play in English conditions will be a great experience for me and I can’t wait to play at Emirates Old Trafford.

“I would like to thank both Lancashire Cricket and the BCCI for allowing this opportunity happen and I’m looking forward to joining up with the squad next month.”

The signing of Washington Sundar signals the latest step in Lancashire’s long association with Indian cricket, which stretches back more than 50 years when Indian International wicketkeeper batsman Farokh Engineer joined the county in 1968. He would go on to become a Lancashire legend and now serves as a Vice-President of the Club. Since Engineer retired, four further Indian Internationals – Murali Kartik, Dinesh Mongia, V.V.S. Laxman and Sourav Ganguly – have represented the Red Rose with distinction.

Lancashire Cricket has continued its multi-layered strategic relationship by hosting a pre-season training camp in Mumbai in February 2020, whilst more recently the Club signed India batter Shreyas Iyer in 2021 but was unfortunately ruled out due to injury.

Lancashire’s Director of Cricket Performance, Mark Chilton, added: “Washington is a multi-format all-rounder whose skills with both bat and ball will be a great addition for us in the Royal London Cup and County Championship this summer.

“His international and IPL experiences will be invaluable in the development of our younger cricketers, many of whom he will be playing with during his stay.

“The addition of Washington is one that will excite our Members and supporters, along with helping our continued push to bring silverware back to Emirates Old Trafford.