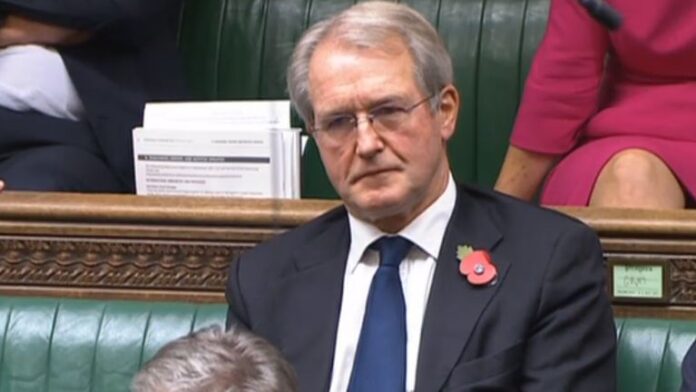 The MP at the centre of sleaze allegations has resigned just hours after Boris Johnson  performed a U turn after the backlash over the decision to his suspension for six weeks.

“The last two years have been an indescribable nightmare for my family and me. My integrity, which I hold very dear, has been repeatedly and publicly questioned. I maintain that I am totally innocent of what I have been accused of and I acted at all times in the interests of public health and safety.”

“I, my family and those closest to me know the same. I am unable to clear my name under the current system,” he added.

“Far, far worse than having my honesty questioned was, of course, the suicide of my beloved and wonderful wife, Rose. She was everything to my children and me. We miss her everyday and the world will always be grey, sad and ultimately meaningless without her.”

It followed the news that Owen Paterson, former minister had been given a 30-day suspension from the House of Commons by the standards committee over a breach of lobbying rules.

Johnson had tried to block his suspension, setting up a new committee to overhaul the current disciplinary system in the process.

Leader of the House Jacob Rees-Mogg told the House of Commons this morning that the government had abandoned the plans, which proposed a committee weighted in favour of Tory MPs. Rees-Mogg said he accepted there is ‘strong feeling’ over recent events and that any reforms to the standards protocol needed to be separated from the case of Paterson – conceding that yesterday’s vote had ‘conflated’ the two. He added: ‘I and others will be looking at working on a cross-party basis to achieve improvements in our system for future cases.’