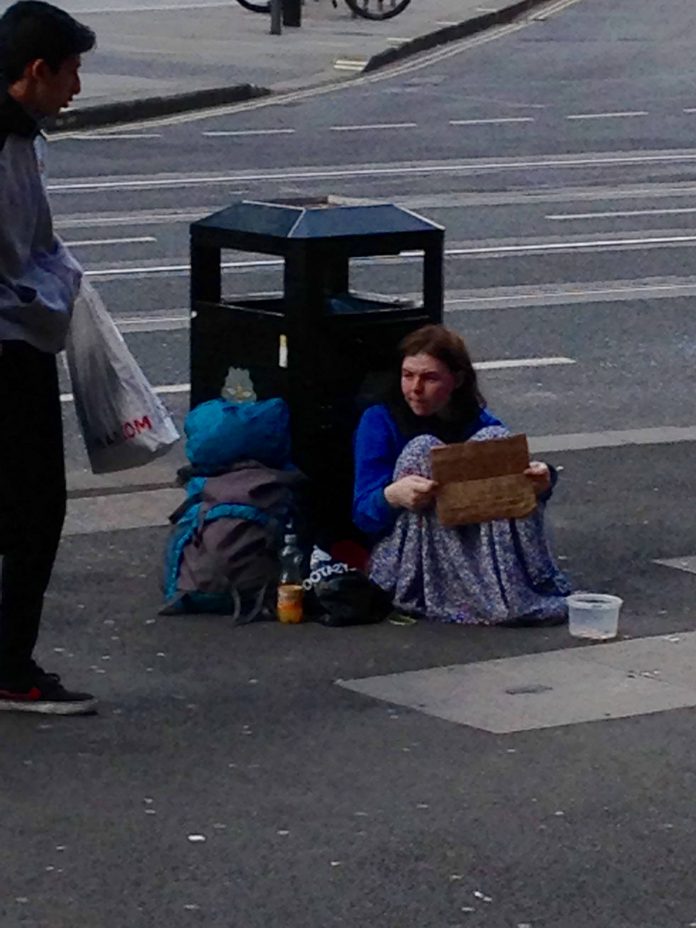 More than one and a half million people were in destitution at some point in 2017, including 365,000 children.

This is more people than the populations of Birmingham and Liverpool combined according to a report out today by the Joseph Rowntree Foundation.

They are calling for a redesign of the social security system to ensure that nobody in the UK is left without the bare essentials that we all need to eat, stay warm and dry, and keep clean.

Levels of destitution have declined by around 25% between 2015 and 2017, and a reduction in benefit sanctions appears to be the most significant factor behind this.

For those left destitute, JRF has identified that social security policies and practice can in many cases directly lead to destitution “by design” –  from gaps, flaws and choices within the social security system – meaning that people are being left without support when they most need it.

People were defined as destitute in this study if they or their children have lacked two or more of the following six essentials over the past month because they cannot afford them, or their  income is so low, less than £10 per day for a single person (excluding housing costs), that they have been unable to purchase them for themselves:

“Many of us rely on public services such as social security when hit with unexpected circumstances like job loss, relationship breakdown or ill health. Yet actions by government, local authorities and utility companies are leading to ‘destitution by design’: forcing people into a corner when they are penniless and have nowhere to turn. This is shameful.

“Social security should be an anchor holding people steady against powerful currents such as rising costs, insecure housing and jobs, and low pay, but people are instead becoming destitute with no clear way out.

“To be destitute doesn’t just mean getting by on very little, it’s losing the ability to keep a roof over your head, eat often enough, or afford warm clothes when it’s cold. You can’t keep yourself clean or put the lights on. This shouldn’t happen to anybody, let alone over one and a half million people in the UK.

“It doesn’t have to be this way. The reduction in benefit sanction rates has meant that some welcome headway has been made, but there is a real risk that once Universal Credit is embedded across the country, more people could again be at risk unless we make changes

“We all want to live in a society where we protect each other from harm, and we need to put things right to protect people from this degrading experience. We can start by redesigning our social security system so that it provides the basic protection people need.”

Food was cited as the most commonly-lacked item, with 62% within the group reporting that they had gone without over the past month. Nearly half (47%) had lacked basic toiletries, with 46% lacking suitable clothing and 42% having to go without heating.

One in five people who were destitute reported lacking lighting at home, and 16% had recently slept rough. Nearly half of all destitute households reported lacking three or more of these essentials in the month before they were surveyed.

One man in the study said: “They made me go eight weeks without any money…I did have to live basically out of a food bank… [and]… how can I pay for heating and that when I didn’t have any money coming in?”

Depression, severe stress and anxiety were commonly reported, with a few interviewees saying that they had felt suicidal. The lack of essentials and inability to maintain a sense of personal dignity undermined mental health and well-being. Destitution dented people’s confidence, leaving them dispirited and resigned.

“It is clear from the people we spoke to that destitution has a huge impact not only on the practicalities of life but on people’s dignity. Destitution has many different causes such as sickness and ill health, debt, or even the direct result of social security policy, especially the sanctioning regime. Most often it’s the end point of a build-up of problems associated with deep and ongoing experiences of poverty.

“While no-one should ever have to be destitute, we estimate that levels have declined by around a quarter since 2015. This is good news. It’s likely that this has been driven by a decline in benefit sanction rates and falling unemployment and immigration.

“However, the apparent higher levels of sanctions in Universal Credit are a sharp warning that destitution could increase again as the new benefit expands in the coming years. Rebooting and improving the funding for local welfare assistance in England is one element of a package to provide the crisis support that people in destitution need.”