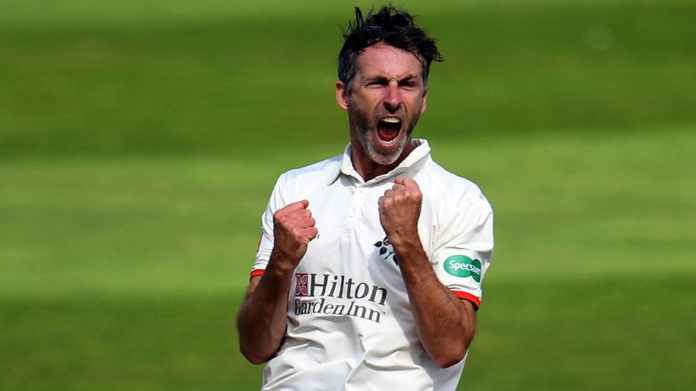 Graham Onions has signed a new one-year contract with Lancashire

The right-arm medium-fast bowler had made 23 First-Class appearances for the Red Rose since moving from Durham following the conclusion of the 2017 season.

He finished as the fourth-highest wicket-taker in last season’s Specsavers County Championship and added a further 45 wickets this season from ten appearances.

Now just shy of 200 First-Class appearances, the 37-year-old has nine Test caps to his name and is a three-time Division One title winner during his time at Durham.

And he will also continue to work with the Academy and age-group sides in a coaching role. Onions is a Level 4 coach, the highest certificate awarded by the ECB.

Lancashire’s Director of Cricket, Paul Allott said: “Graham has performed extremely well since joining the Club two years ago. He is exceptionally skilled and has substantial knowledge to pass on to our younger bowlers.

“He has repeatedly proven himself as a high-class Division One bowler and we are delighted to keep him for at least another season.

“He is the ultimate professional both on and off the field and we’re delighted to have given him further coaching opportunities with both the Lancashire Academy and Age-group sides, which is something that I know he’s enjoyed doing over the last couple of years.”

Onions said: “I have thoroughly enjoyed my time at the Club so far and it was a no-brainer to sign a new contract. Emirates Old Trafford is a great place to play cricket and I am looking forward to playing alongside, and working with, some of the best bowlers in the country.

“I feel as fit as I ever have and owe a lot to the Strength and Conditioning team at the Club for their hard work and expert advice.

“I will continue to work with the Club’s up-and-coming bowlers, something which I have loved doing over the last two years. There are some real talents coming through the system and I hope I can positively influence their careers.

“It is an exciting time to be a part of Lancashire Cricket and I am delighted to be here for at least another season.”