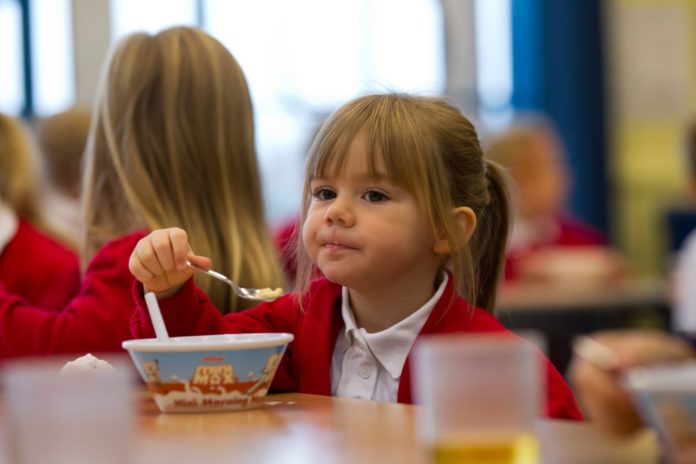 One in nine children in Greater Manchester goes to school with an empty tummy and the effect of this is a loss of education.

Research by Kellogg’s across the UK with 4,000 children  and 950 teachers suggests that the impact of hunger in the classroom is huge with children losing six hours of learning each weekif they arrive at school hungry.  That’s the equivalent of three weeks of learning time each term.

One in ten Manchester kids are eating breakfast outside corner shops and takeaways – eating biscuits, chocolate, crisps and fast food, coffee and cokes

A fifth of teachers say that a hungry child takes up too much of their time and two thirds claim they are unable to learn.

Older children are even more likely to start the day without anything to eat, with one in six secondary schoolchildren not having breakfast.

And, girls are the worst culprits for skipping breakfast before school, especially in high schools with nearly a fifth not eating in the morning.

For those children at schools in areas of high deprivation a third said they noticed a child at their school was hungry and gave them some of their food to eat.

But, one in seven  teachers warn that recent changes in school funding have negatively impacted their breakfast club provision.

It’s important these clubs continue to run as the benefit of them is proven with a third  of teachers saying that pupils who attend a breakfast club are keen and ready to learn.

Peter Cansell, National Association Primary Education said: “It’s shocking that in 2019 there are still nearly 800,000 children starting the school day on an empty tummy. This is leading to a shortfall in critical learning time.

“This research even shows that those children that eat breakfast are happier, probably because they have the energy and enthusiasm to enjoy the school day. The benefits of pre-school clubs are proven, they ensure that children go into the classroom with the ability to concentrate.”

For those that are eating in the morning there has been an increase in older children having their breakfast on the go, grabbing it on the way to school. And, more children are eating continental breakfast foods with twice as many starting the day with pancakes and croissants.

Today, Manchester based Kellogg’s, a long standing supporter of Breakfast Clubs announced it is doubling the number of grants it offers school breakfast clubs to support one in four schools in the poorest parts of the UK.

Oli Morton, Kellogg’s managing director said: “We believe every child should have the best start to their day and our latest study shows the importance of a good breakfast and that too many children are still going to school without the vital fuel that they need to help them learn”.

“This shows that the work, that we and our partners carry out, as part of our Breakfast Club programme is as important as ever. That’s why today we will be doubling our commitment to breakfast clubs in 2019 to reach the most vulnerable parts of the country as they play a vital role in giving a child the best start to their day.”

Oldham is to get a world-class skills boost after Oldham College was selected to...

Manchester Expert calls for accents to be addressed in teachers’ guidance