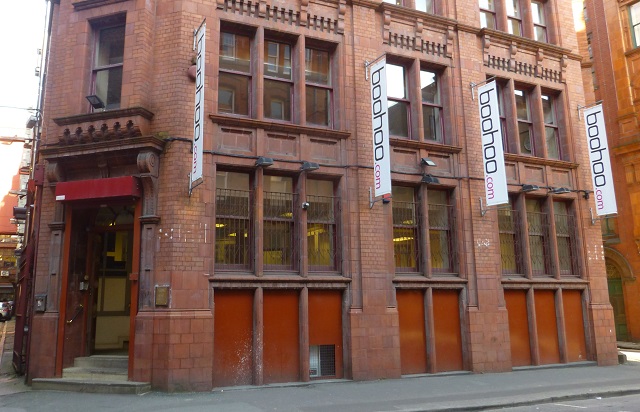 Retail trade union Usdaw is stepping up their campaign for recognition at Manchester based online clothes retailer Boohoo, after the company has this week again refused to meet.

Now the chair of a House of Commons committee has written to the company asking for a progress report on their recommendation for Boohoo hold talks with Usdaw to meet key ethical trading standards.

Usdaw has run a sustained campaign for recognition at Boohoo and is stepping up the activities with an action day today at Boohoo HQ on Dale Street in Manchester.

“I am writing to you following media reports that the Union of Shop, Distributive and Allied Workers (Usdaw) continue to experience difficulties in establishing trade union recognition discussions with Boohoo. This is contrary to the evidence you gave to my Committee last November where you committed to union recognition ‘if the workers would like it.’

“As you will be aware, in our final report we recommended that Boohoo engage with Usdaw as a priority and recognise unions for your workers. I would therefore be grateful if you could tell me what steps you have taken to engage with Usdaw regarding formal trade union recognition at your Burnley warehouse site? When will formal recognition be forthcoming? What other progress have you made to recognise trade unions within your supply chain in the UK and overseas?

“At our evidence session on 27 November 2018, you stated that Boohoo were considering joining the Ethical Trading Initiative. What progress have you made with this application? When will Boohoo gain full membership status? My Committee has an ongoing concern about labour exploitation in the UK garment industry and would appreciate a timely response to these questions.”

Mike Aylward – Usdaw Divisional Officer says: “Boohoo want to convince Parliament that they are an ethical trader, but when it comes to giving their staff a voice through an independent trade union they are found wanting. Ethical trading isn’t just about checking the terms and conditions of workers in the supply chain, as important as that is, it’s also about ensuring Boohoo’s directly employed staff are treated with dignity and respect.

“MPs listened to Usdaw’s evidence that countered Boohoo’s assertion that there was no demand for union recognition and we welcomed the recommendation for the company to engage with us as a priority, but the company continues to decline to engage. Maybe Boohoo thought MPs would forget about their recommendations following the publication of their report, but that clearly is not the case.

“Usdaw’s campaign continues until Boohoo listens to reason, listens our members and listens the cross-party committee of MPs.”