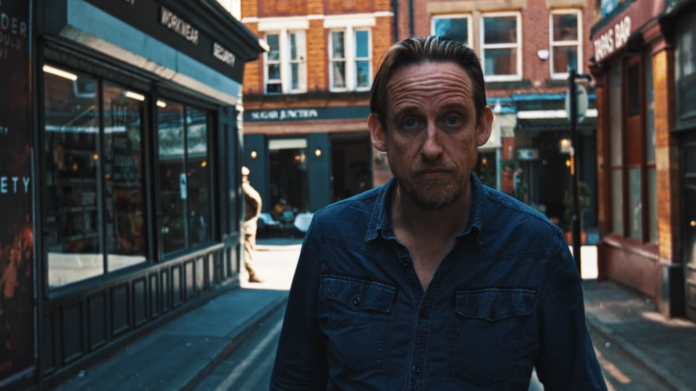 The star of Mike Leigh’s historic political protest drama, Peterloo, has presented a new short film encouraging people to visit the city of Manchester and learn more about the landmark story for themselves.

Neil Bell, who played radical reformer Samuel Bamford in Peterloo, guides viewers through the history of the Peterloo Massacre, exploring locations in Manchester where visitors can discover more about the history of the tragic events that unfolded on 16 August 1819.

Commissioned jointly by Marketing Manchester and Manchester Histories, the film forms part of a city-wide series of events marking the 200th anniversary of Peterloo.

Manchester Histories is leading Peterloo 2019, a programme of activity that will mark the 200th anniversary of the Peterloo Massacre. From June – August 2019 there will be over 180 public events taking place across Greater Manchester and beyond.

A trailer for the Peterloo Visitor Film was premiered to an audience of 400 people at the launch of Peterloo 2019 at the Manchester Central Convention Centre, which features within the film and overlooks the former location of St Peter’s Field, where more than 60,000 people gathered in 1819 to demand parliamentary reform.

The peaceful protest was crushed by massed government forces, killing 18 people and leaving more than 700 injured. Protestors had been calling for the right to vote, parliamentary representation for the people of Manchester and a repeal of the Corn Laws, which led to hardship and starvation.

Actor Neil Bell said: “Playing Samuel Bamford In Mike Leigh’s Peterloo gave me a real appetite to find out more about what happened in Manchester in 1819.

“That tragedy was also a defining moment for the city and it’s fitting that so many events are taking place this year to mark the 200th anniversary of the Peterloo Massacre.

“It was a real privilege to retrace the steps of those protesters and learn more about the historical context of modern Manchester. I hope this film will encourage others to do the same.”

Karen Shannon, Chief Executive of Manchester Histories, said: “There is a huge amount for us to learn from about the events that were to lead to Peterloo; how a peaceful protest was to end in a day of bloodshed and the consequences that were to follow.

“Yet awareness levels of this milestone in our democracy are still relatively low, even within Greater Manchester. This film will help to connect people to this history and to understand why it has such relevance to our lives today.”

Sheona Southern, Managing Director of Marketing Manchester, said: “Peterloo was a tragic turning point in the history of Manchester, helping to ignite the spirit of defiance and progress that survives to this day.

“The city has changed massively in 200 years but there are still links to the past all around and I hope that this film will inspire people to come to Manchester and learn more about the history of democracy for themselves.”