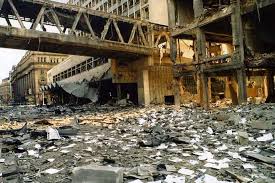 Twenty five years to the day since the centre of Manchester was devastated by an IRA bomb, Police say that they are Pershing some new, albeit limited, investigative opportunities

“The 1996 Manchester Bomb, claimed by the IRA, caused massive devastation to the City of Manchester. It injured over 250 people with many more left traumatised and is estimated to have caused over £700 million worth of damage. The bomb contained in a lorry and parked on Corporation Street was so large, the City Centre architecture physically changed forever.

This has provided some new, albeit limited, investigative opportunities and whilst it would not be appropriate for us to comment further at the moment, we remain absolutely committed to seeking prosecution if sufficient evidence becomes available.

“Despite the passage of time, I know the anniversary will bring back painful memories for all those affected by the devastating events of that day, and our thoughts remain with you at this time. We have recently been in touch with two of the groups supporting those injured and affected by the attack and if anybody would like to get in touch with these organisations their details can be found below.

“I want to be clear that if there is sufficient evidence found in this or any other review, this will be provided to the Crown Prosecution Service to determine if charges are appropriate. This is despite the passage of time.

As always, I would urge anyone who may have any information which could assist us with our enquiries to get in touch with our team on 07591 505 138.”