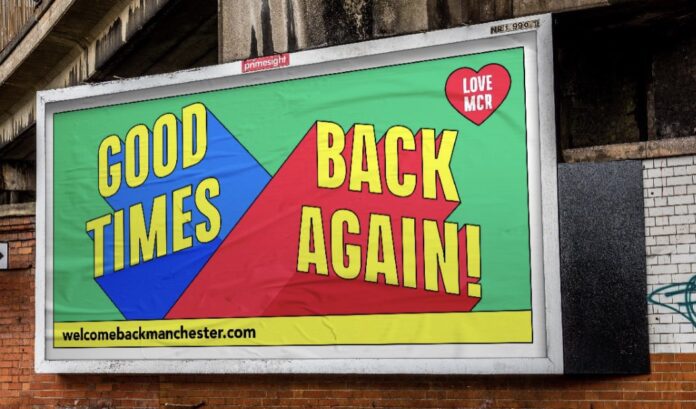 A group of business leaders representing commerce in Manchester city centre have expressed their concern and frustration at the Government’s decision to postpone the easing of COVID restrictions, which was planned to happen on 21st June.

UnitedCity represents over 120 businesses in Manchester. Its founder members, including Gary Neville, Chris Oglesby, Will Lewis, Lisa Morton, and Frank Mckenna have issued a joint statement that says:

“We are, once again, deeply disappointed at an approach to the virus which appears to be increasingly inconsistent and incoherent.

“Having pushed out a strong message that vaccinations, along with a strong testing regime, would save our Summer, Boris Johnson and his colleagues have now seemingly abandoned that strategy, and moved the goalposts once again.

“We accept that infection rates, as was inevitable, have increased. However, hospitalisations and coronavirus deaths are, thankfully, dramatically reduced.

“Ministers now appear to be moving to a position where they want to eradicate COVID completely before allowing the country to open up normally once again. That is both unrealistic and unacceptable.

“This latest announcement will be catastrophic for many businesses, and for a good number of them this will be the final nail in the coffin. And, as much as the Prime Minister has suggested he is “confident” that the latest delay will end on 19th July, there will be understandable scepticism about his latest dangled carrot.

“Beyond the impact that restrictions and lockdowns are having on Manchester’s economy and business community, there is a ticking timebomb of mental health issues, a huge backlog of operations and diagnosis for critical illnesses, including cancer, and we know that the impact on young peoples’ education has been massively impacted.

“This cannot go on. As former PM Theresa  May said recently, it is incomprehensible that one of  the most heavily vaccinated countries in the world continues to refuse to give its citizens the freedoms that those vaccinations were supposed to guarantee.”

Library echo to be ‘third performer’ in unique composition

Tributes as Yousef is laid to rest