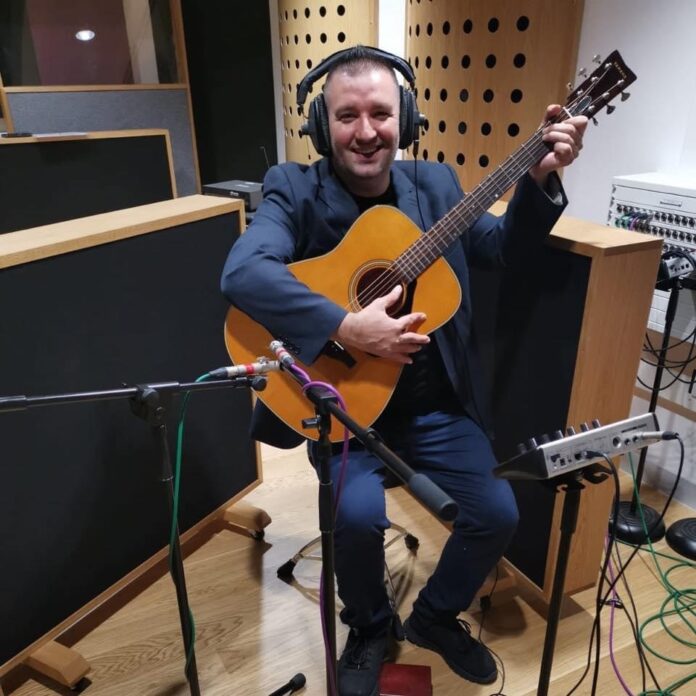 On Wednesday 1 September Oldham Coliseum Theatre and Roma-led charity KaskoSan present Gypsy Jam – the first in a series of live music jam sessions exploring the rich lyrical and performance traditions of the Roma and Romani Gypsy cultures with Richard O’Neill and Juice Vamosi.

The live music sessions form a strand of the Coliseum and KaskoSan’s long-term project work, which supports Roma people in Oldham and aims to provide a platform for new Romani Gypsy, Roma and Traveller talent.

Richard O’Neill says: “Gypsy music and storytelling has always brought people together right across the world and we are so pleased to have the opportunity to do the same in Oldham with Gypsy Jam.”

Richard O’Neill is a multi-award-winning storyteller, author and playwright born and raised in a large traditional nomadic Romani family, whose history in England and Scotland goes back hundreds of years. Richard continues the tradition of travelling across the UK and mainland Europe, delivering storytelling sessions and storytelling skills workshops at schools, libraries, festivals, universities and theatres. He has a particular interest in using literature to promote inclusion and social mobility.

Juice Vamosi is a Roma (Gypsy) activist, interpreter, film maker, marketing consultant and Gypsy party MC. He grew up in a poor Roma community in Southern Hungary. He was the first of his family to earn a university degree and to advise presidents of the World Bank and the EU. In 2010, he built the KaskoSan social network, the first global Roma brand. As a charity since 2014, KaskoSan supports Roma families in Oldham, Bradford and Bolton.

For the live jam session on 1 September Richard and Juice will be joined on stage by special guest, rapper and world record breaking human beatboxer, Testament. Together, through re-imagining traditional Roma and Romani Gypsy music and lyrics, Richard, Juice and Testament will bring to life their individual musical inspirations, and share stories and sounds in a live and lively jam session.

Testament’s lyricism brings together strands of rap, song and spoken word. His innovative work includes the celebrated Hip-Hop album Homecut: No Freedom Without Sacrifice, features on MOBO nominated albums, several performances for BBC Radio 1, 1xtra, Radio 4 and 6Music as well as numerous television appearances. He is writer and composer of the acclaimed hit play Black Men Walking which was nominated for Best Play at The Writer’s Guild Awards 2019 and Best New Play at the UK Theatre Awards 2020. His radio play The Beatboxer was nominated for the Imison Award at the BBC Audio Drama Awards 2020.

The Gypsy Jam project has already engaged over 200 Roma children and young people and their families in creative activity and built capacity in the community. For Gypsy, Roma Traveller Month 2021, Richard and Juice recorded a jam session on the Coliseum stage, using acoustic instruments and shared music-making practices, in which they discussed the history of the Romani Gypsy and Roma people and explored the connections between their linked but distinct heritage. Originating in India, the story of their roots takes us through the middle east and North Africa, the Byzantine Empire, to contemporary Europe and Britain – and for Richard and Juice, to the North of England.