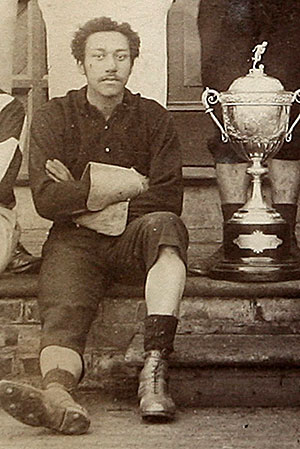 After launching its iconic Great Northerners exhibition in November 2017, Manchester’s Great Northern Warehouse has today announced that it will be expanding its exhibition this month to honour and celebrate the city’s Black and Ethnic Minority communities.

Unveiled at the 19th Century railway warehouse turned entertainment powerhouse in 2017, the exhibition asked the public to vote for influential local figures that helped put the ‘great’ in Greater Manchester to be celebrated via a set of artwork. From Alan Turing to Emmeline Pankhurst, LS Lowry to Liam Gallagher, the current exhibition, created by Stanley Chow, pays homage to several examples of the region’s most iconic figures.

This October, coinciding with wider celebrations across the city for Black History Month, the Great Northern will be accepting nominations for inspiring and iconic Mancunians from black and ethnic minority backgrounds as it commits to expanding its exhibition in order to better represent the history and diversity of Manchester and its residents.

The nominations will be shortlisted and voted for by the public via social media, with the top three being created by artist, Stanley Chow, and unveiled at the Great Northern later this year.

The Great Northern is encouraging nominations to include influential figures from Manchester’s vibrant past, right up to the present day. Potential candidates include:

On the announcement, Mark Schofield, Centre Director said: “Here, at the Great Northern, we want to dedicate October to celebrating Mancunians from black and ethnic minority backgrounds, whether they are making their mark in our city today, or have significantly contributed towards the city’s diverse history in sports, music, politics and education. We want these individuals to be celebrated and honoured, so will be expanding our Great Northerners exhibition with three new portraits, which will be voted for by the public.”

“As an organisation, the Great Northern is committed to being anti-racist and to creating a culture that is equal and inclusive for all visitors and staff. Following events worldwide this year, we embarked on a journey of learning around anti-racism and anti-discrimination. We are learning in a deeper way how important it is for diversity to be visible. As we proudly celebrate Great Northerners in and around our building, we want to ensure that the diversity of our region is rightly represented on our walls, not just in October but all year round.”

The deadline for nominations is 9th November 2020, and the public will then have until 18th November2020 to vote on who they would like to add to the exhibition.

1 in 4 motorists in Manchester are driving with dangerous tyres