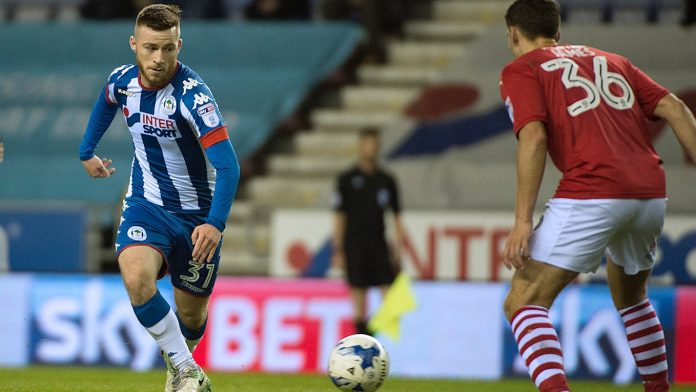 Oldham Athletic have bolstered their midfield options with the loan signing of Jack Byrne from Wigan Athletic.

The 21-year-old, who is a central midfielder by trade, has joined the club until the end of the year

Byrne started his career with Manchester City and enjoyed a loan spell on the continent with Cambuur in Holland.

He scored four goals in 27 appearances for the Eredivisie side in 2015/16 before returning to England for a loan spell with Blackburn Rovers.

After his time at Blackburn, Byrne then joined Wigan Athletic on a permanent basis this summer.

Byrne has been capped at Republic of Ireland youth level and has earned 10 caps for the under 21 side.

He will wear the number 29 shirt during his time with the club and is available to play against Port Vale in the Checkatrade Trophy tonight.