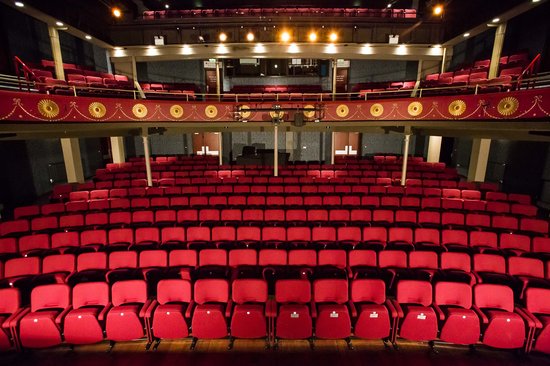 Oldham Coliseum Theatre’s Studio programme for Spring-Summer 2018 sees the theatre working with theatre companies from across the country to explore the stories and issues that affect and reflect the local community, in a supportive, welcoming and creative environment. The season concludes with Cultivate, a week jam-packed with workshops, opportunities and industry insight.

Chris Lawson, Associate Director, Oldham Coliseum Theatre, commented: “The Studio continues to shape itself as a space where audiences can experience something new, brave and often contemporary. This year we’re taking that a step further, working with companies to support their work and put your stories at the heart of what we do.”

The season opens with Manchester ADP’s production of Finding Alice by Emma Hinds (Saturday 10 & Thursday 15 February). Manchester ADP is a collective of writers, actors and directors that stage monthly script in hand events and create showcase and networking opportunities for local actors and directors. Finding Alice, set in a Belgian prison in 1918, see’s German Officer, Himmel, interrogating prisoners in a desperate attempt to find the spy, Alice Dubios.

Theatre Collective, a group of local theatre makers from different backgrounds with a focus on collaboration, present The Wasp by Morgan Lloyd Malcolm (Thursday 15 & Saturday 17 March), an electrifying new thriller that asks how far beyond the playground we carry our childhood experiences. Heather and Carla haven’t seen each other since school. Over tea, Heather presents Carla with a bag of cash and a proposition…

Keogh Productions present Thorn (Thursday 22 March) by Tim Keogh following its award-winning run at the Manchester Fringe. Keogh Productions is made up of nine actors who are all from the North West and at different stages in their acting careers. Thorn portrays how young Mancunian, Steven Patrick Morrisey, wrestles with problems of his own self-acceptance and social pressures supported by his love of David Bowie and Glam Rock.

Rogue Bones present Selfies Kill More People Than Sharks (Wednesday 25 April) and a Work in Progress Reading of Making Love (Thursday 26 April). Led by Director Kash Arshad and Writer Aime George, Rogue Bones focus on creating bold, innovative new work and giving a ‘life outside of London’ to contemporary plays. Selfies Kill More People Than Sharks is a madcap, witty and irreverent look at today’s ‘attention economy’ from members of the last generation who remember when phones needed to be plug into the wall. Making Love, developed by London’s Royal Court Writers’ programme, follows the relationship of Martin and Amelia. But Amelia isn’t real; she’s made of silicon and steel.

The Thelmas, a New Diorama Theatre Emerging Company for 2017/18, present Ladykiller (Wednesday 23 May) by Madeline Gould and Coconut (Thursday 24 May) by Guleraana Mir in association with Ovalhouse.

Ladykiller is a blood-soaked morality tale about social responsibility, zero-hours contracts and tearing up the gender rule book. Coconut follows Rumi, a British Pakistani woman who is referred to as ‘Coconut’ (brown on the outside, white on the inside). Born and raised as Muslim, Rumi falls for a white man and hopes that his decision to convert to Islam will be enough to keep everyone happy. The Thelmas are devoted to empowering women to redress the equality imbalance in the arts, supporting them to disrupt dominant narratives and create theatre that is big, bold and emotionally resonant.

Red Bobble Theatre present a Work in Progress performance of If I Should Fall (Thursday 21 June). Set in war-torn Britain in 1941 and inspired by original letters, If I Should Fall follows housewife Beattie as she deals with black market veg, a husband with shell shock and memories of her first love. Red Bobble Theatre are three female artists with a collective passion to create touring theatre that is brave, challenging, inclusive and inspiring, with a focus on telling female stories.

Physical theatre company, Fly In Your Soup present Betty  (Saturday 23 June) by Louise-Clare Henry. Betty lives in memories; she finds solace there away from her widowed existence and empty house. When her memories begin to unravel, what has she got left? Fly in Your Soup are a physical theatre company who pursue innovative ways of telling stories to begin to create a new kind of theatre, breaking down old forms.