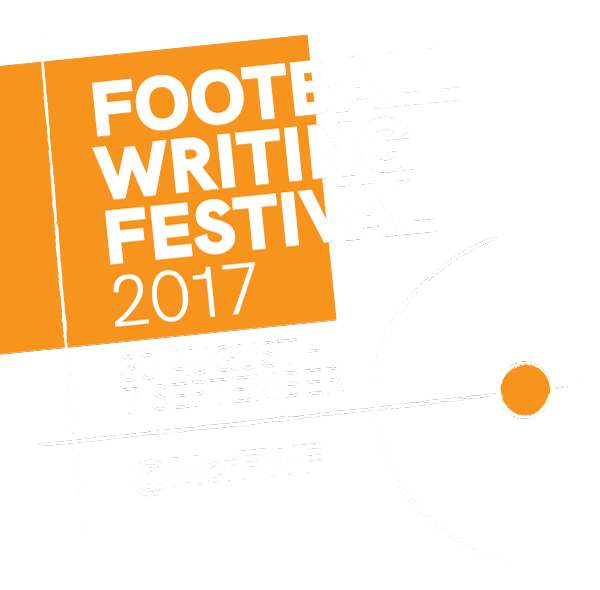 The seats are out, the stage is set, and our football writers are waiting with nervous excitement in the tunnel.

The Football Writing Festival kicks off this evening in Manchester, starting with The Blizzard – Live! at Hotel Football.

There is plenty more during the week.Football Journalist of the Year David Conn will be discussing his latest book, a fascinating investigation into corruption at the top of world football, for which he even secured an interview with the deposed head of FIFA, Sepp Blatter. Hosted by BBC Sport’s Richard Conway.

A  paanel led Football 365 editor Daniel Storey and featuring writers from Goal, JOE.co.uk and SheKicks, will be sharing their experiences of what makes content work online.

Opta’s Duncan Alexander and Zonal Marking’s Michael Cox reunite at Hotel Football for this year’s Football Writing Festival. The stattos and tacticians will be joined by the Independent’s chief football writer, Miguel Delaney, to discuss the ever-evolving landscape of the Premier League.

Award-winning author Michael Calvin will be scrutinising the current football academy model at the National Football Museum, alongside former England midfielder Joey Barton and Manchester City’s Paul Lake. Shelley Alexander will preside over what promises to be one of the festival’s most intriguing talks.

A season pass will give you access to all nine festival events this year – a saving of up to £36 when compared to buying event tickets individually.

Pre-Christmas theatre trip will leave you warm and happy

Roll up for a weekend of fun at the Lowry Outlet