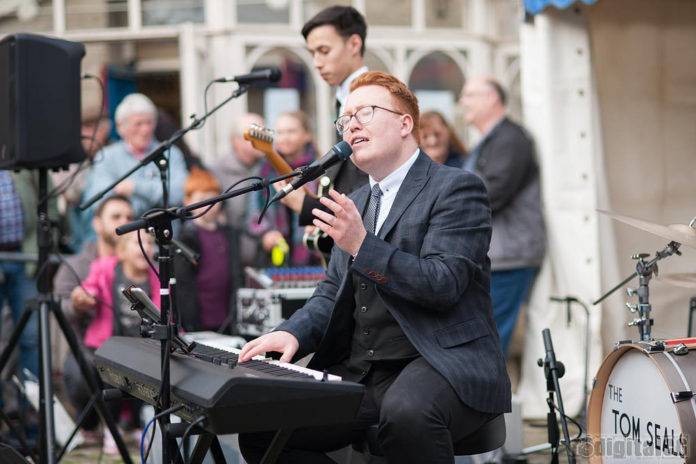 Seals, a former LIPA student and a regular performer at the city’s Matt and Phred’s, has enjoyed much success over recent years playing with Jamie Cullum, Gregory Porter and Jools Holland, as well as receiving a nomination for best male vocalist at last year’s prestigious Boisdale Music Awards.

Starting at 2pm, the Tom Seals Band will be on stage from 3pm, interspersing their own sets with live music from other musical acts that want to ‘rock up and play’. The event aims to raise funds for trolleys, hot water dispensers, and food supplies so Brew Power’s team of volunteers can continue to support the 270 homeless people estimated to be currently sleeping rough on Manchester’s streets.

Gemma Cormack, founder of Brew Power said: “The Town Hall Tavern is a great venue so we are hopeful that in addition to Tom Seals there will be plenty of fantastic, local musical talent turning up to support the event. We will be asking for donations and selling raffle tickets and just encouraging people who are enjoying the music to put into the pot.”

She added: “Tom Seals is an unimaginable talent, and this is a great opportunity to see him live. We are grateful to Tom and his band for getting on board and to our incredible volunteers for once again donating their time and talents for free. Any music fan would be mad to miss this event!”

Brew Power was established in March 2018 and over the last 12 months has grown dramatically with support from other charitable groups such as Sandwich Angels and Manchester Homeless Group. The outreach teams of Manchester work as one unit supporting the city’s homeless with hot drinks and friendly supportive conversation as well as campaigning to try and end homelessness.

Levellers added to Castlefield’s Sounds of the City