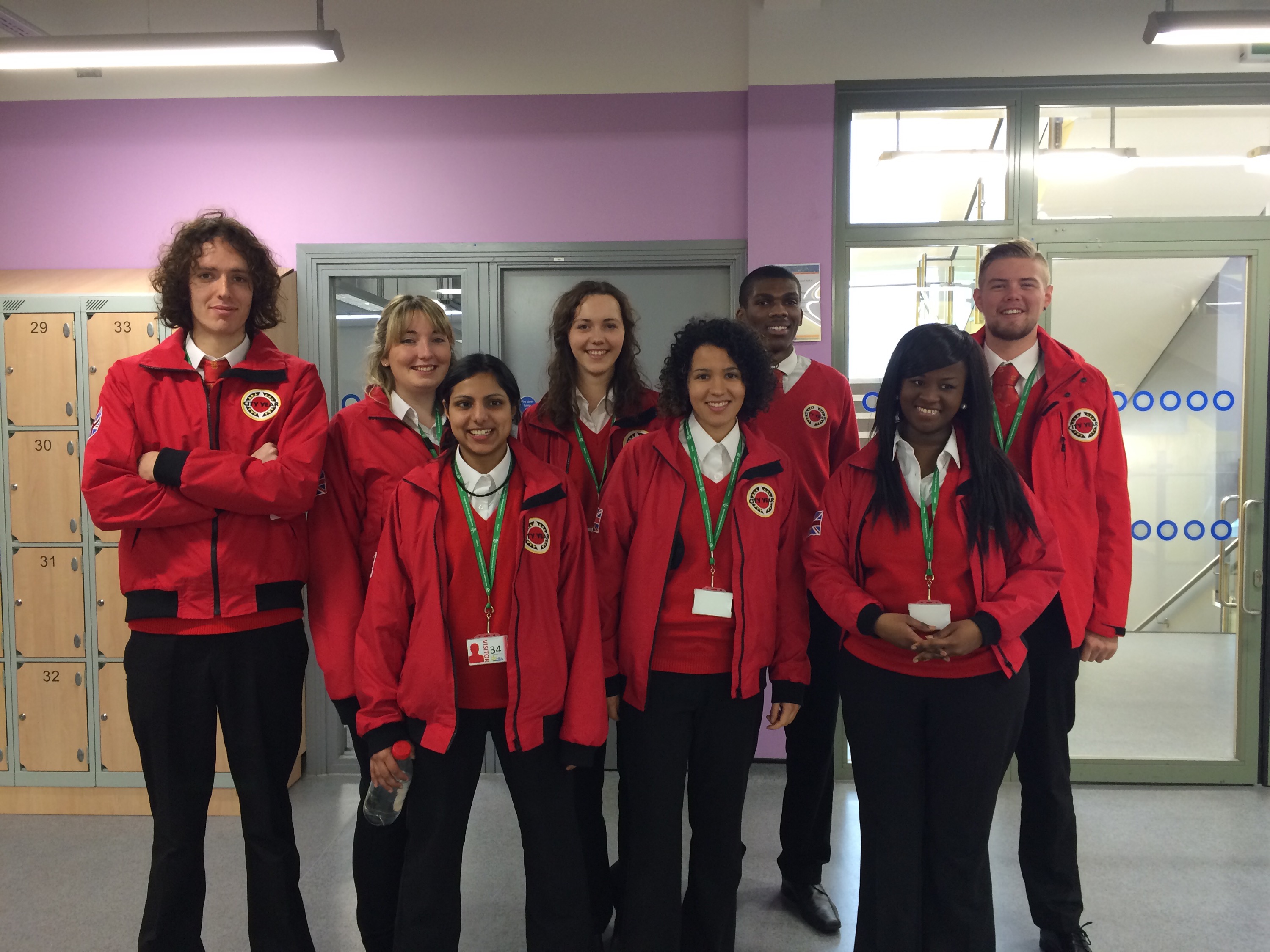 Seven inspirational young people who started volunteering at Manchester Enterprise Academy, Wythenshawe this week are at the vanguard of an international youth movement backed by President Obama.

They’re part of the City Year Manchester start-up team and will spend the next two academic terms serving as ‘near peer’ role models, mentors and tutors at the school, paving the way for roll out of the programme to further Manchester schools in September.

City Year, founded in America in 1988, launched in the UK in 2010. Built on the belief that young people can change the world, it taps into young people’s talent, energy and idealism to tackle educational inequality.

From Monday to Thursday its volunteers, known as corps members, are an integral part of the school day, providing extra support to pupils in and out of the classroom to help improve attendance, behaviour and academic attainment.

City Year Manchester believes that through giving, young people should also gain and hopes that the programme will offer a rewarding, new pathway for local 18-25 year olds into further education or employment. As well as the transferable skills corps members develop through the experience of volunteering, they also benefit from training and careers sessions run every Friday.

City Year Manchester’s volunteers include Amy Wright, 22, who was brought up in Sale. She’s keen to bring young people the self-belief they need to achieve their dreams and in return, believes the organisation will bring her the confidence and skills to become a strong leader in the non-profit sector.

Amy will be joined by Jamie Regan, 21, from Oldham and Roxanne Mugami, 25, originally from Kenya. Jamie is a graduate of Salford University and has lived near Manchester Enterprise Academy for the last three years.

During volunteering in Nicaragua he discovered an interest in teaching and a drive to tackle social inequality. Roxanne moved to Manchester in 2007 and is a graduate of Manchester University.
Having witnessed inequality while growing up, she has a desire to be part of the change she wishes to see in the world and has a firm belief that this change will be brought about by the younger generation. She is passionate about the possibilities available through education and would like to become a teacher.

Also on the start-up team serving at Manchester Enterprise Academy are Manchester Metropolitan University Graduate, Carlos Yusuf Bostock, 25, Emily Thompson, 21, who lives in Levenshulme and Cherelle Henry, 24, and Fiza Sheikh, 23, both from Manchester.

The team will be led by Matthew Stone, who volunteered with the inaugural City Year Birmingham team last year. Matthew said: “I was fortunate to have had a mentor and plenty of support while I was growing up; key individuals who believed in me and showed me what possibilities lay ahead. City Year gives me the chance to provide that support to others. Together with the team, I’m really looking forward to volunteering at Manchester Enterprise Academy, meeting the students and making a difference.

Sophie Livingstone, Chief Executive of City Year UK, said: “We are thrilled to be bringing City Year to Manchester. I believe this start-up team of inspirational young people, many of whom have grown up in, or near Manchester, will serve as exceptional role-models and mentors to students at Manchester Enterprise Academy. Through their trailblazing efforts, we hope to build a base from which we can support thousands more pupils across the city and offer hundreds more volunteering opportunities to school and university leavers in their own local communities.

City Year Manchester has places for young people to join the programme in August 2015 for the full 2015/16 academic year. Please email ManchesterRecruitment@cityyear.org.uk or, have a look at our website: www.cityyear.org.uk/index.php/apply-now

Pedestrian killed in Stockport after being hit by Mercedes