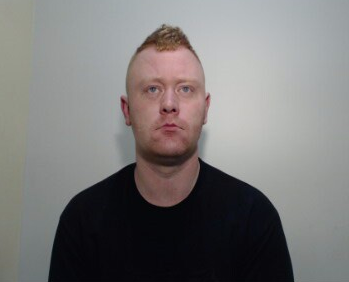 Minshull Street Crown Court heard how on the evening of the 5 March this year Wild locked the woman inside his house, where he dragged her down a flight of stairs by her legs and strangled her several times.

Neighbours heard shouting from Wild’s home and called the police who arrived at the address and spoke with the woman, whom they found locked inside the house with Wild.

The woman suffered two fractures to her right arm and multiple bruises to her ankles, legs, hip, neck and left arm.Wild was later arrested.

“It’s only through her fortitude and bravery that her injuries were not more severe.

“The woman showed great courage to stand up to Wild, whose actions were those of an extremely violent bully.

“I would like to personally thank the investigation officers who supported the woman throughout this harrowing ordeal and guided her through the prosecution and court process.

“We hope that the verdict provides some closure and she can start the process of healing the mental scars Wild caused her that day.”