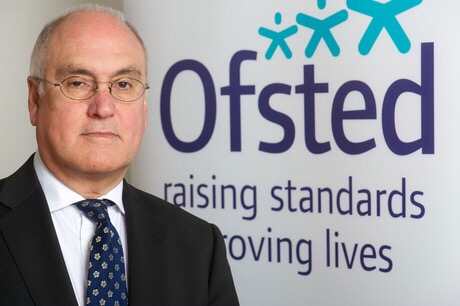 One in three schools in Manchester are not good according to OFSTED chief Sir Michael Wilshaw, speaking ahead of the publication of the Ofsted annual.

The outgoing head of the country’s school Inspectorate told  BBC Radio 4’s Today programme that the failure to improve schools in some areas may have contributed to the feeling of alienation and a sense of a “divided nation” that was exposed by the referendum vote to leave the EU earlier this year.

Some secondary schools were still struggling, however, and because of the geographical divide in educational standards, parents in Manchester, Liverpool and towns in the north of England were less likely to see their children get a good job or go on to university than those in London.

He told BBC Manchester that The situation is very, very serious. It’s feeding into a sense that the people of Liverpool, Manchester and the north are not being treated fairly – that their children have less of a chance of educational success than people south of the Wash.

The proportion of good and outstanding primary schools has also risen from 69% to 90% in 5 years. The reading ability of pupils eligible for free school meals at age 7 in 2015 was 6 percentage points closer to the level of their peers than 5 years ago

Secondary schools have improved and 78% are now good or outstanding. However, secondary schools in the North and Midlands are still behind the rest of the country. The proportion of pupils who achieved highly by the end of primary school who then went on to achieve A/A* in their GCSEs in the North and Midlands was 6 percentage points lower than in the rest of the country

Pressures on the supply of secondary teachers have not abated. Fifteen of the 18 curriculum subjects had unfilled training places this year and that the proportion of good or outstanding general further education colleges has declined from 77% in 2015, to 71% this year.

There are some signs of improvement in the quality of apprenticeships. However, the supply of high quality apprenticeships at level 3 is not yet meeting demand.

Sir Michael also said that “There is also considerable evidence that it is schools in isolated and deprived areas where educational standards are low that are losing out in the recruitment stakes for both leaders and teachers. My advice to government is, therefore, to worry less about structures and more about capacity. No structure will be effective if the leadership is poor or there are not enough good people in the classroom.”

Wartime tunnels open at the White Cliffs of Dover