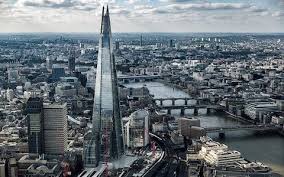 A new report out this morning exposes how the most growth-enhancing items of public spending – transport, innovation, housing and culture – are skewed towards London and other regions that are already productive.

The report by the Tory think tank Onward who coined the term ‘red wall’ and the concept of ‘Workington Man’, reveals that headline figures published by the Treasury conceal even wider variations in the kinds of spending most likely to get the local economy moving

Taking direct government spending and research funding for universities together, London saw R&D funding per head nearly twice the UK average – £3,900 compared to a national average of £2,300 over the period 2001 to 2017. The next highest spending was seen in other high productivity regions: the East, South East and Scotland. The share of the core research budget spent in just three cities, Oxford, Cambridge and London, rose from 42.1% in 2002/3 to 46% in 2017/18.

Taking Arts Council England spending and direct DCMS funding of national institutions together, London received around half (47%) of the total spending in England over the period 2010/11 to 2017/18. Over the period culture funding per head in London was £687. This was nearly five times the average in the rest of England (£144).

The report makes a number of recommendations to the Treasury ahead of next week’s Budget and the forthcoming Spending Review, urging the Chancellor to “use every tool at his disposal” to level up regional growth and prevent government spending further unbalancing the economy including reviewing the Treasury’s Green Book methodology to take into account the relative as well as absolute returns to local economies from infrastructure projects and weighting Benefit Cost Ratios (BCRs) to account for the economic and social benefits of balanced growth.

It also recommends devolving transport powers to more places in England and make the business cases for all proposed infrastructure projects public to improve transparency.

“It is no wonder some parts of the country feel short-changed. For decades we have piled fertilizer on the parts of our economy that are already flourishing while refusing to water the seeds of growth elsewhere. The PM’s mission to level up poorer parts of the country is vital. To change trends that have gone in the wrong direction for decades will need not a few tweaks, but taking a bazooka to the problem. That means we have to use every tool at our disposal, starting by rebalancing the types of spending that do most for growth towards poorer areas.”

Coronavirus: Can Our Supermarkets Cope?

North West tops the charts when it comes to litter