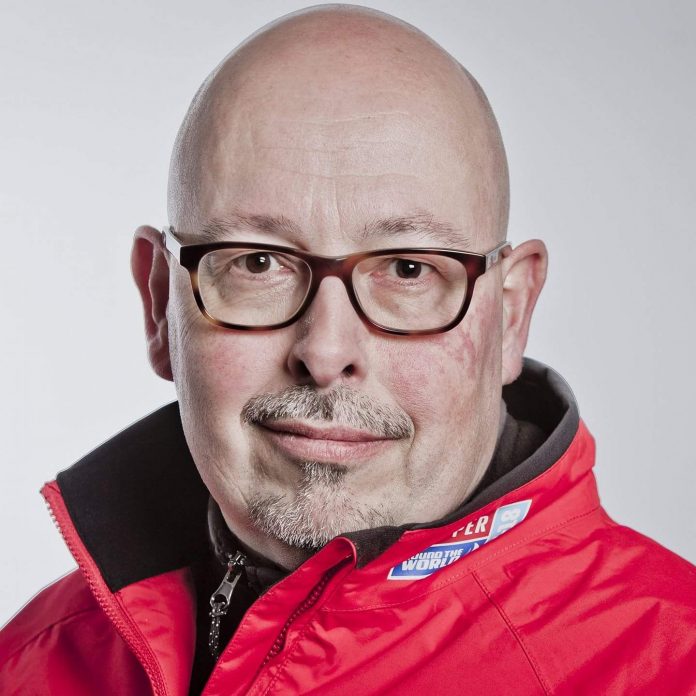 Jerry Stokes, managing director for employment at the Manchester based
Growth Company is preparing himself for the challenge of a lifetime, when he
takes part in the bi-annual round the world Clipper Race.

The race, which was the brainchild of Sir Robin Knox-Johnson covers 40,000 nautical miles in 72 foo tocean racing yachts.

Divided into eight legs, participants can choose whether to complete the full
circumnavigation, or select individual legs. It’s the only race in the world where
the organisers supply a fleet of 12 identical racing yachts, each with a fully
qualified skipper to safely guide the crew.

Jerry had never sailed before applying to join the race. He said: “Two years
ago, I took part in a trek across the Sahara for charity, and although it was tough
going, I really enjoyed the challenge, and being part of a team that had to work
together for a common purpose. When I heard about the Clipper Race, I
discussed it with my brother in law, Andy Schofield, and we decided to go for it.”

Jerry will be completing the first leg of the race, which starts on 20 th August in
Liverpool, and is expected to arrive in Punta del Este in Uruguay about 35 days
later. Then, next June, Jerry will rejoin the crew on the last leg of the race from
New York back to Liverpool, via Derry in Northern Ireland, which will take around
20 days.

Jerry said: “We’ve had to do four full weeks’ training for the event, and it’s been
the most physically demanding thing I’ve done. Conditions on the yachts are
very basic, and there are no showers, so we’ll be happy to get to Uruguay for a
hot bath, and some food that isn’t out of a tin! During the training, I slipped when
the boat suddenly changed course and cracked two ribs, so it’s certainly no
pleasure cruise, but I’m really looking forward to the challenge and testing myself
both physically and psychologically under extreme conditions.

“The crew members come from all over the world, and from all kinds of
backgrounds. Their ages range from 18 to over 70, and that’s part of the attraction, working alongside such a diverse group of people. Although I’m not
an experienced sailor, I’m looking forward to the racing element of the challenge.

There’s no prescribed route, and the skippers of each yacht will have their own
strategies and tactics to try to gain an advantage.

“By taking part in the race, I’m hoping to raise a significant amount of money for
Unicef, the internationally recognized charity that helps children in danger
everywhere, and if anyone would like to support this great cause, the link can be
found at:https://www.justgiving.com/fundraising/jerry-stokes1