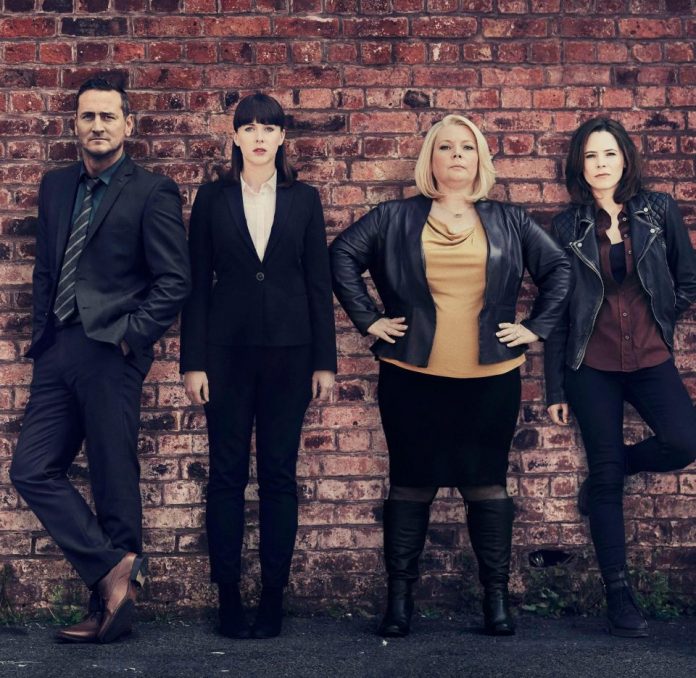 The extremities of DI Viv Deering’s world are governed, not only by thugs, but politicians. Same goes for all of us. In our crowded world enemies can be almost invisible. Deering and her team adopt equally covert tactics to expose a few bare-faced truths.

Paul Abbott says: “Series 3 is about the void left by political parties, clusters of ignorance streamlined in to soldier ants. Whether it’s a real or perceived void doesn’t matter. Predators will always exploit a weakness. Viv Deering really earns her wages in making her voice heard to diverse cultural factions.”

Swooping in to micromanage the Friday Street team is the sharp new Superintendent Marilyn Merchant. They’re having to play smarter than ever to keep the lid on a city at fragile breaking point.

Mayoral hustings in Cinderly, an inner-city area of Manchester, is a tinderbox ready to ignite following race riots kicked off by an arson attack on a mosque.

Fuelling the chaos in the community is leader of the extreme Far Right group Albion, Dennis Caddy, his outspoken girlfriend Bonnie and his mouthy sister Faye.

In their midst is the master puppeteer, mercenary Far Right fanatic Ralph Beckett forcing Viv and the team to fight toe to toe as he wages his war on both the cops and culturally-vulnerable targets – with devastating consequences.

The filming continues in Manchester until March next year.

Radcliffe’s very own Danny Boyle to direct next Bond film