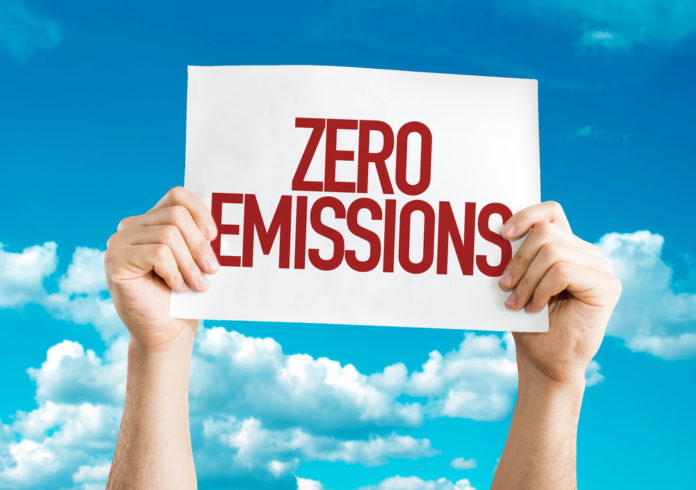 The UK can end its contribution to global warming within 30 years by setting an ambitious new target to reduce its greenhouse gas emissions to zero by 2050.

That’s the verdict from the Committee on Climate Change whose report out today calls for the the UK to slash the amount of greenhouse gases it produces completely by 2050 and make Britain the first major world economy to reduce its carbon footprint to zero.

Among their recommendations are that we should eat less meat and have our heating thermostats no higher than 19 degrees.

This is a crucial time in the global effort to tackle climate change says the report.

Global average temperature has already risen by 1°C from pre-industrial levels, driving changes in our climate that are apparent increasingly. In the last ten years, pledges to reduce emissions by the countries of the world have reduced the forecast of global warming from above 4°C by the end of the century to around 3°C.  Net-zero in the UK would lead the global effort to further limit the rise to 1.5°C.

Falls in cost for some of the key zero-carbon technologies mean that achieving net-zero is now possible within the economic cost that Parliament originally accepted when it passed the Climate Change Act in 2008.

The foundations, says the report, are in place throughout the UK and the policies required to deliver key pillars of a net-zero economy are already active or in development.

These include: a supply of low-carbon electricity, which will need to quadruple by 2050), efficient buildings and low-carbon heating,required throughout the UK’s buildimg electric vehicles (which should be the only option from 2035 or earlier), developing carbon capture and storage technology and low-carbon hydrogen (which are a necessity not an option), stopping biodegradable waste going to landfill, phasing-out potent fluorinated gases, increasing tree planting, and measures to reduce emissions on farms.

However, these policies must be urgently strengthened and must deliver tangible emissions reductions – current policy is not enough even for existing targets.

Other policies will have to ramp up significantly for a ‘net-zero’ emissions target to be credible, given that most sectors of the economy will need to cut their emissions to zero by 2050.

The Committee’s conclusion that the UK can achieve a net-zero GHG target by 2050 and at acceptable cost is entirely contingent on the introduction without delay of clear, stable and well-designed policies across the emitting sectors of the economy. Government must set the direction and provide the urgency. The public will need to be engaged if the transition is to succeed.

Serious plans are needed to clean up the UK’s heating systems, to deliver the infrastructure for carbon capture and storage technology and to drive transformational change in how we use our land.

The overall costs of the transition to a net-zero economy are manageable but they must be fairly distributed.

Rapid cost reductions in essential technologies such as offshore wind and batteries for electric vehicles mean that a net-zero greenhouse gas target can be met at an annual cost of up to 1-2% of GDP to 2050.

However, the costs of the transition must be fair, and must be perceived as such by workers and energy bill payers.

The Committee recommends that the Treasury reviews how the remaining costs of achieving net- zero can be managed in a fair way for consumers and businesses.

Lord Deben, Chairman of the Committee on Climate Change, said: “We can all see that the climate is changing and it needs a serious response. The great news is that it is not only possible for the UK to play its full part – we explain how in our new report – but it can be done within the cost envelope that Parliament has already accepted. The Government should accept the recommendations and set about making the changes needed to deliver them without delay.”

New research reveals we’re taking sustainability seriously – but we lack knowledge of what...