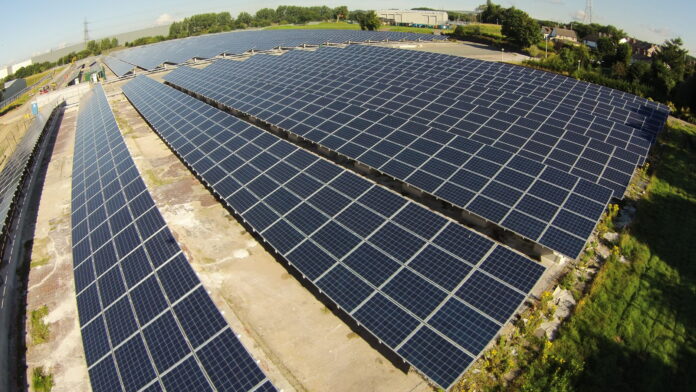 Plans for a solar farm in Little Hulton and a hydro scheme at Charlestown Weir, Salford have taken another step forward.

City Mayor Paul Dennett has formally agreed to a partnering agreement with Energy Systems Catapult, a not-for-profit centre of excellence that aims to help the council make the most of the clean growth opportunities.

This decision means the council will be able to access expert advice and guidance as well as European Regional Development Fund (ERDF) grants to address the gap in funding.

The plan is to build a 3.79 hectare solar farm with 5,094 solar panels at Kenyon Way, Little Hulton which should generate the equivalent of enough power for 438 homes a year. Work to build the state-of-the-art farm will take approximately five months and contractors are expected to start on site in 2021. Planning permission was approved for the site in June 2020.

A hydroelectric scheme, which will be built on the River Irwell at Charlestown Weir, off Riverside Drive, will generate the equivalent of enough electricity to power about 200 homes. Power will be generated by an Archimedes screw and the scheme will incorporate passes to allow fish and eels to swim further up the river. The scheme will be built during the summer of 2022 and should be fully operational by the end of that year.

Salford City Mayor Paul Dennett said: “I made a formal decision to partner with Energy Systems Catapult so we can continue with our plans to create a city prepared for the future.

“We are passionate about the environment and proactively looking at opportunities to help us achieve our long-term vision which includes to be carbon neutral by 2038.

“We take our responsibilities seriously and must do all we can to protect the planet for future generations.”

These developments come after a long line of green achievements for Salford City Council which have won national recognition. Over the past 10 years, the council has invested £126 million in green space creating new country parks and walking and cycle pathways across the city, as well as planting thousands of trees and investing in huge environmental infrastructure projects like the Castle Irwell flood basin.

Mayor Dennett added: “The environmental crisis is the most acute threat facing humanity in the modern world. We must take radical action to mitigate the impact of climate change and Salford City Council is leading the way.”

HEINEKEN’s Manchester brewery is turning millions of pints of beer that was destined for...

Global warming already responsible for one in three heat-related deaths