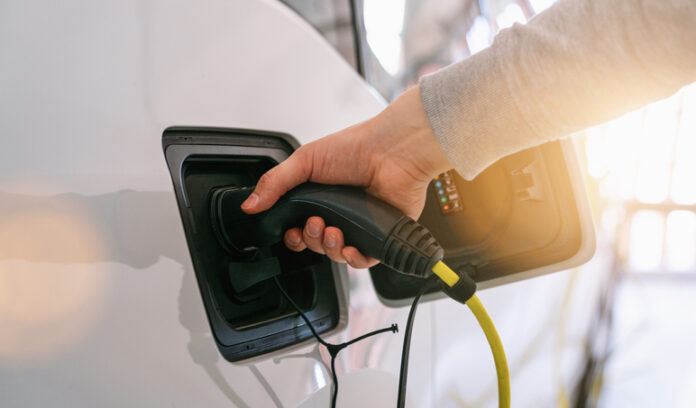 Using salt as a key ingredient, Chinese and British researchers have designed a new type of rechargeable battery that could accelerate the shift to greener, electric transport on our roads.

Many electric vehicles (EV) are powered by rechargeable lithium-ion batteries, but they can lose energy and power over time. Under certain conditions, such batteries can also overheat while working or charging, which can also degrade battery life and reduce miles per charge.

To solve these issues, the University of Nottingham is collaborating with six scientific research institutes across China to develop an innovative and affordable energy store with the combined performance merits of a solid-oxide fuel cell and a metal-air battery. The new battery could significantly extend the range of electric vehicles, while being fully recyclable, environmentally-friendly, low-cost and safe.

A solid-oxide fuel cell converts hydrogen and oxygen into electricity as a result of a chemical reaction. While they are highly-efficient at extracting energy from a fuel, durable, low-cost and greener to produce, they are not rechargeable. Meanwhile, metal-air batteries are electrochemical cells that uses a cheap metal such as iron and the oxygen present in air to generate electricity. During charging, they emit only oxygen into the atmosphere. Although not very durable, these high-energy dense batteries are rechargeable and can store and discharge as much electricity as lithium-ion batteries, but much more safely and cheaply.

In the early research phases, the research team explored a high-temperature, iron-air battery design that used molten salt as a type of electrolyte – activated by heat – for electrical conductivity. Cheap and inflammable, molten salts help to give a battery impressive energy storage and power capability and a lengthy lifecycle.

Project collaborator, Dr Cheng Peng, also from the Shanghai Institute of Applied Physics, Chinese Academy of Sciences, explains a unique and useful design aspect of this experimental research. The quasi-solidification has been achieved using nanotechnology to construct a flexibly-connected network of solid oxide particles that act as a structural barrier locking in the molten salt electrolytes, while still allowing them to safely conduct electricity in extreme heat.

Professor Chen, who is leading a molten salt electrolysis laboratory in Nottingham, hopes the team’s “encouraging results” will help to establish a simpler and more efficient approach to designing low-cost and high-performance molten salt metal-air batteries with high stability and safety.

He adds, “The modified molten salt iron-oxygen battery has great potential applications in new markets, including electric transport and renewable energy which require innovative storage solutions in our homes and at grid-level. The battery is also, in principle, capable of storing solar heat as well as electricity, which is highly-desirable for both domestic and industrial energy needs. Molten salts are currently used at large scale in Spain and China to capture and store solar heat which is then converted to electricity – our molten salt metal air battery does the two jobs in one device.”

UK set for 40C days by the end of the century says Met Office...