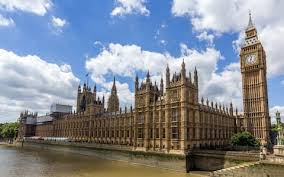 A powerful group of MPs, civic leaders, Peers and business leaders have joined together to allow the North of England to speak with one voice and increase the contribution the region makes to the UK economy.

The Northern Powerhouse All Party Parliamentary Group (APPG) is made up of Conservative and Labour MPs, Metro Mayors Ben Houchen and Steve Rotheram, Peers including Lord O’Neill and Lord Heseltine, and business and council leaders across the North.

The APPG, which has been set up by the Northern Powerhouse Partnership (NPP), launched today in the House of Commons.

Major areas of focus for the group will be raising educational standards across the North and narrowing the skills gap, working to improve rail, road and air connectivity, increasing productivity and exploring further devolution deals for the region.

To coincide with the launch, a major summit has been arranged early next year.

The Northern Powerhouse Education and Skills Conference, to be held at AQL in Leeds in February, will feature prestigious speakers including Children’s Commissioner Anne Longfield and Sir Michael Wilshaw, former Chief Inspector of Schools.

This will build on a major report NPP will publish in January, building on in-depth research and focus groups with schools, educational groups and business across the North.

Lord O’Neill said: “The setting up of this APPG is another important cog in the ongoing exciting evolution of the Northern Powerhouse. Just judging by the list of those attending our first get together shows the degree of interest in this crucial mission for the North of England and necessary long term rebalancing of the UK economy.
“I am grateful to all those that have worked to put this together, and I look forward to continued progress of the Northern Powerhouse and the Northern Powerhouse Partnership, one of the most exciting things I have been lucky enough to be involved in.”

Jake Berry MP said: “Last week, the Chancellor announced a funding boost of up to £1.8bn for the Northern Powerhouse in the areas that matter to people the most – improving transport, digital connectivity, regeneration, and much more.

“We’re beginning an exciting new chapter for the North and, in this new All Party Parliamentary Group, we have a coalition of dedicated MPs from across the political spectrum working with business leaders and local authorities to help drive growth and innovation in the Northern Powerhouse.
“Through working together, we will continue to turn the Northern Powerhouse into a globally recognised economy, delivering the very best of British innovation, skills, manufacturing and technology.”