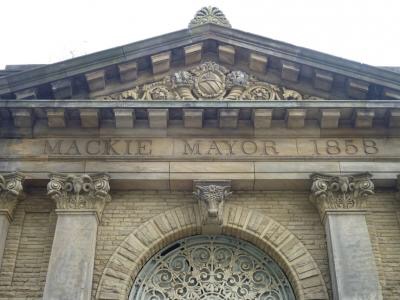 Muse Developments is to begin the restoration of an important historic building in the Manchester’s Northern Quarter.

The Mackie Mayor, a Grade II Listed building on Swan Street, is the only remaining fully intact building from the former Smithfield market. Opened in 1858, it was originally used as a meat market, later diversifying to also sell fish and fresh produce.

In 1974 the markets were relocated to East Manchester and the Smithfield complex was closed. Since then the building has had some sporadic temporary uses, but it has proved difficult to find a suitable longer term use, and the building has been empty since the early 1990’s.

Following receipt of planning and listed building consent, Muse, in partnership with Manchester City Council, has appointed contractor Galliford Try to undertake a range of works aimed at making the structure of the building wind and watertight. This includes installing a new section of roof, replacement slates and new windows, as well as internal refurbishment and decoration.

The building is a solid sandstone wall structure with an open central atrium, supporting cast iron frame and mezzanine first floor level. The works will restore and emphasise the architecturally significant features of the building such as the very ornate cast iron columns and beams that form the structure of the building internally.

Wes Erlam, development director at Muse Developments, said: “Having concluded the development of phase six of the Smithfield project, One Smithfield Square, it was always our intention to continue on to the Mackie Mayor. We have now reached that stage and look forward to the first step in bringing the building back to its former glory. It is an integral part of our Smithfield regeneration project, and its restoration will represent the final piece of the jigsaw.

“Bringing derelict listed buildings back into use is a challenging process and the idea is that by undertaking the first stage of its renovation we will effectively create a blank canvas through which the building’s unique charm will shine through. By taking away some of the issues and uncertainties about the building, we’re confident that its rich history and special characteristics will have considerable appeal to owners, investors and occupiers who are looking for something that little bit different in this excellent Northern Quarter location.”

Councillor Jeff Smith, Executive Member for Housing and Regeneration, at Manchester City Council, said: “The Northern Quarter is a key element of the regeneration of Manchester city centre and I’m glad that this heritage building is being restored, paving the way for its long term re-use as part of the successful Smithfield redevelopment.”

Once the first stage is complete, Muse will be able to market the building to a range of potential occupiers. Subject to planning the building could accommodate a range of uses such as leisure, retail or commercial.

The first stage works are due to start at the end of March with a view to completing in September.