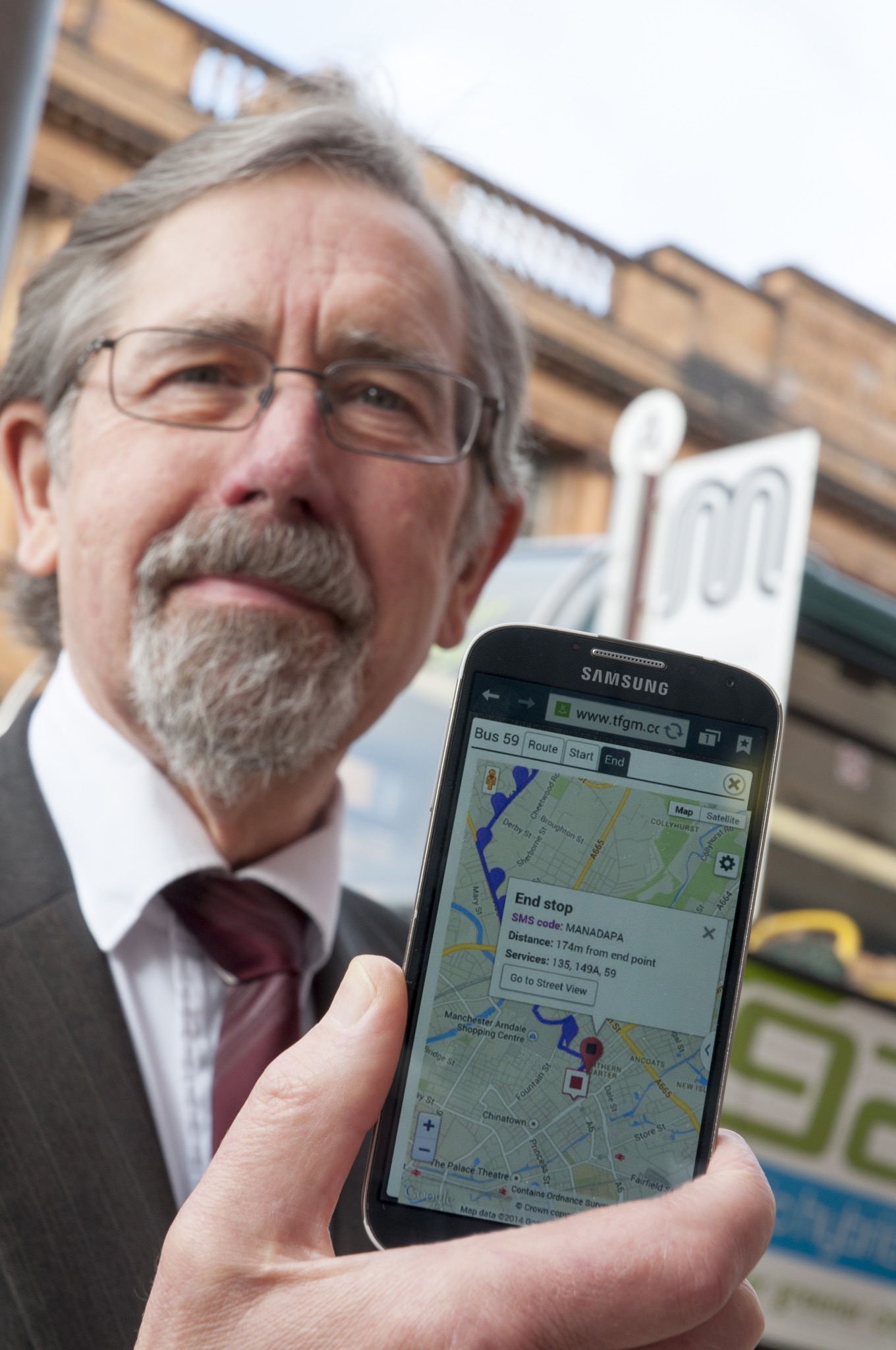 Passengers using Greater Manchester buses now have a new pocket-sized trip adviser following the launch of a new mobile-friendly tool which puts finding a bus right at their fingertips.

Transport for Greater Manchester’s (TfGM) Route Explorer (www.tfgm.com/route-explorer) asks people where they want to go and then shows them all the direct bus services that they can catch, when they leave, where the nearest bus stops are and how they can link up with trams and trains.

Route Explorer, which works on smartphones, tablets, Macs and PCs, is TfGM’s latest digital product designed to make life easier for anyone who wants to make a journey in Greater Manchester.

Councillor Andrew Fender, Chair of the Transport for Greater Manchester Committee, said: “Using this type of fingertip technology is the perfect way to help people plan their journeys on the go and to get around town.

“The Route Explorer doesn’t expect you to know very much about public transport and is extremely user friendly. We’ve even linked it with Google maps so it recognises shops and businesses, not just streets and postcodes. You can see a streetview of the stops you get on and off at – perfect if you are unfamiliar with the places you are travelling to.”

Once Route Explorer has found the start and end points of a direct journey, it links to an online bus timetable library, sending passengers to the timetable they need. The map shows the route and all the stops along the way.

TfGM has already created an app for Metrolink passengers and launched trial versions of an app which helped passengers on the free Manchester city centre Metroshuttle service know where they needed to get off for the shops they wanted.

Councillor Fender added: “We want to make it as easy as possible for people to plan and make journeys in Greater Manchester and the Route Explorer is just the latest stop on our digital journey to put this power at people’s fingertips.

“Further down the line people can expect e-tools which work for bus, rail and tram, have live information and are much more like personal travel planners. The easier we can make it for people, the more travel choices they have,” he said.

New Director and 100K of deals for Manchester’s Urban Splash