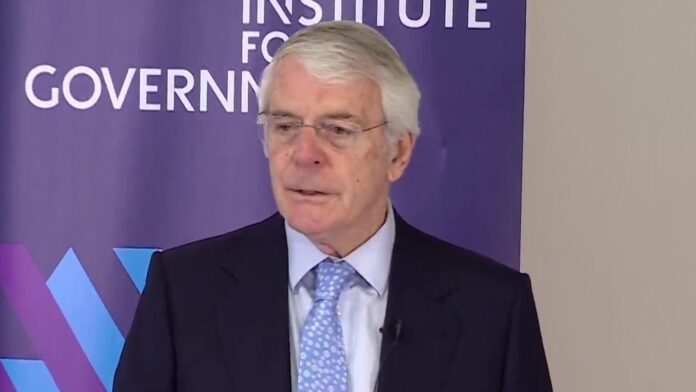 Former Prime Minister Sir John Major has said that Downing Street gave the public ‘brazen excuses’ for the behaviour of employees during lockdown, and said ‘no government can function properly if its every word is treated with suspicion’.

Sir John also hit out at Brexit and the treatment of migrants crossing the English Channel, saying that locking them up was ‘un-British’ and amounted to ‘punishment without compassion’.

He said: ‘At No10, the Prime Minister and officials broke lockdown laws.

‘Brazen excuses were dreamed up. Day after day the public was asked to believe the unbelievable. Ministers were sent out to defend the indefensible – making themselves look gullible or foolish.

‘Collectively, this has made the Government look distinctly shifty, which has consequences that go far beyond political unpopularity.

‘No Government can function properly if its every word is treated with suspicion.’

He added that “The prime minister and our present government not only challenge the law, but also seem to believe that they, and they alone, need not obey the rules, traditions, conventions – call them what you will – of public life.”

The charge that there is one law for the government, and one for everyone else is politically deadly – and it has struck home.”