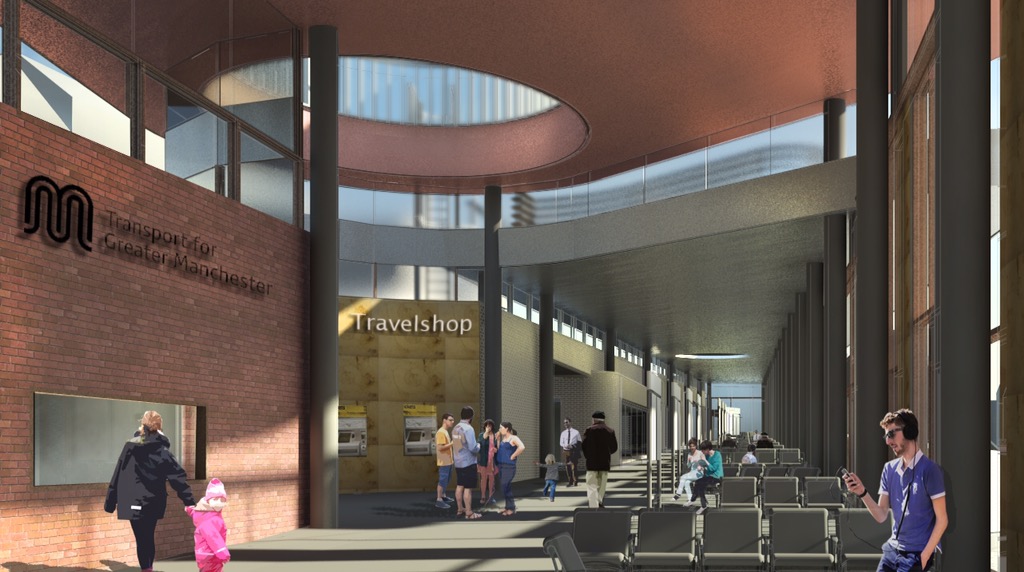 Plans for the construction of a new, modern bus station for Wigan have been approved by Wigan Council.
The council approved proposals submitted by Transport for Greater Manchester (TfGM) for the new bus station, which will include a single, covered concourse building, modern waiting areas, cycle parking and improved access to and from the town centre.

The planning application followed a public consultation exercise held from November to December last year, during which time nearly 200 people gave their views on TfGM’s proposals.

The new facility will be built on the same site as the existing bus station and will provide an attractive and welcoming gateway to the town.

TfGM will now continue to work with appointed consultants Mott MacDonald, Austin-Smith:Lord and IBI Group to develop the design, before appointing a contractor to undertake construction of the station. Construction is planned to start in 2017 with an anticipated 18 month construction period.

Peter Boulton, Head of Programme Management Services at TfGM, said: “We’re delighted that the planning application has been approved for such an important facility.

“The new bus station will provide a much better waiting environment, improved facilities for passengers and a much more modern gateway to the town for both residents and visitors.”

Karl Battersby, Wigan Council’s Director for Economy, said: “A new bus station in Wigan is a key part in delivering an improved transport system for the borough that is fit for the decades ahead.

“It will support the economic growth of the town and enable people to get to and from their places of work as well as Wigan’s great shops, markets, restaurants and bars in a modern, safe and welcoming environment.

“We are pleased we have been able to play our part by approving planning permission quickly so this important project is delivered as soon as possible for the people of the borough.”

Historic Leigh Spinners Mill to be given makeover

Campaign to save Agecroft Cemetary Chapel gets boost