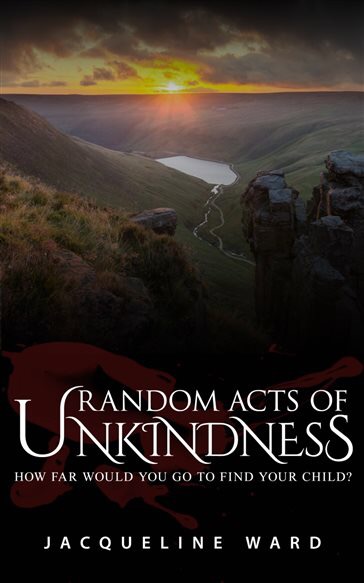 Jacqueline Ward, a crime fiction author from Oldham,has won a contract to publish her novel Random Acts of Unkindness.
Random Acts of Unkindness is set ﻿on the notorious Saddleworth Moor, famous for the Moors Murders, and in Oldham, Ashton-Under-Lyne and Manchester. The story follows DS Jan Pearce and Bessie’s Swaine’s search for their missing sons, spanning five decades.

Jacqueline’s speculative fiction novel SmartYellow was considered for the 2016 Arthur C Clarke award. She has written several short stories for anthologies and also writes screenplays. Random Acts of Unkindness will be published in paperback and ebook later in 2016.
After submitting the novel to Kindle Scout and conducting a thirty-day campaign during March and April 2016, Jacqueline found out her book had been selected for publication. Amazon, who runs Kindle Scout, will edit, publish and market the book worldwide through their Kindle Press imprint.

Jacqueline said, ‘I decided to submit to Kindle Scout after many people who had read my book in the early stages of writing it said that they loved it. I was thrilled to receive 1.6k page views and lots of compliments on the excerpt displayed on the Kindle Scout website. I was absolutely delighted when it was selected.’

Kindle Scout promotes reader-powered publishing by encouraging readers to explore the novels submitted by reading an excerpt and nominating them for publication. The Kindle Scout team selects winners from over 200 novels spanning several categories at any one time, with around 5 books per day uploaded. Since it opened in early 2015 Kindle Press has published Kindle Scout winners from all over the world.

Jacqueline holds a PhD in narrative and storytelling and has worked with victims of domestic violence and the families of missing people. In 2013 she was awarded an MBE for services to vulnerable people.

Joint venture in Manchester to test new treatments in clinical and digital health.