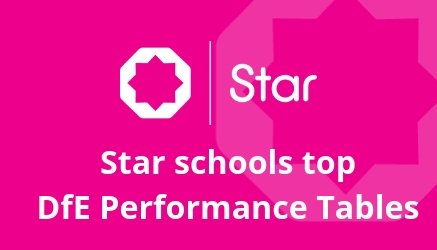 Star Academies will be submitting a bid to the Government before 11 November for money to bring a high school back to the town.

Town hall leaders see the new school as a key element in the ongoing regeneration of Radcliffe, as well as giving local residents the chance to send their children to a nearby school.

Councillor Tamoor Tariq, cabinet member for children and families, said: “Councils are no longer allowed to build or run new schools – these must be Free Schools, operated by a Sponsor Trust.

“So we are delighted to be formally supporting the bid by Star Academies to bring a secondary school back to Radcliffe, which is no less than local families deserve.

“Demand for secondary school places across the borough is increasing, with limited capacity to meet current and forecast need. Coupled to this is forecast additional demand from residential growth in Radcliffe, which will put additional demands on pupil places in this part of the borough.

“We are now edging ever closer to having a much-needed school in Radcliffe, and we look forward to hearing the outcome from the DfE. I’d like to thank our officers and Star Academies for all their input; the partnership which the local authority has initiated will start to give the people of Radcliffe real opportunity to have good quality education more locally.”

The aim is to build the new school on the site of the former Radcliffe Riverside School on Spring Lane, potentially alongside other community uses. The cost of constructing the new building would be through the Government’s Free School programme.

The new school is likely to accommodate 600 pupils to begin with, with potential to expand to 1,000 places over time. The plan is to open one year at a time, i.e. start with a Year 7 with an intake of 120, and growing over 5 years to 600 pupils.

The outcome of the bid by Star Academies will be known by spring 2020. If the bid is successful, it will require the council to lease the site to Star Academies for a peppercorn rent.

Councillor David Jones, leader of Bury Council, said: “A new high school in Radcliffe will help to continue the wider regeneration of Radcliffe, which is a top priority for the council.

“Fewer young people in Radcliffe achieve five good GCSEs than the Bury average, and a greater proportion of Radcliffe residents are in poor health than for the population of Bury as a whole. Unemployment is also higher than the borough average, and proportionally more people live in deprived areas.

“Given this education, health and employment profile, there is a clear need for a fresh and different approach to supporting Radcliffe people, and building community resilience. Strong leadership from schools and in particular secondary schools is fundamental to this.

“The economic prospects in Radcliffe are being transformed but without a strong high performing secondary school the prospects for the children of Radcliffe to benefit from economic growth will be held back.”

Star Academy Trust was established in Blackburn and now operates 28 Free schools across Lancashire, Yorkshire, Greater Manchester, West Midlands and East London. More than one-third of these schools are judged Outstanding by Ofsted.

Britain’s top people are over five times more likely to have been to a...

Two weeks on, two weeks off rota for schools in local lockdown areas