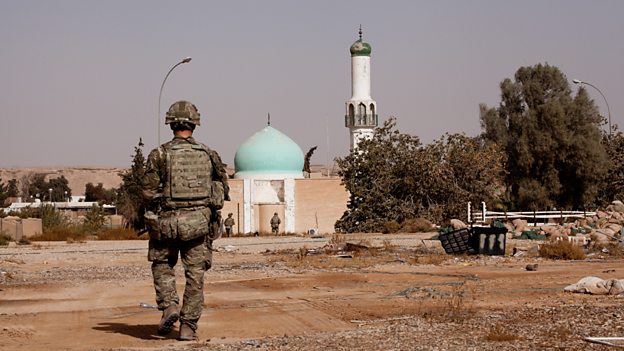 The programme will giveaccess to the British Army during one of the most testing moments in its history, as they tackle recruiting and budgetary challenges whilst addressing complex new threats at home and overseas;

This, says the BBC, is the untold story of the British Army during an intense period of change.

Filmed over 12 months, the new series from Wild Pictures follows British soldiers as they operate across the globe, and witnesses the British Army tackling terrorism in Iraq during the battle to liberate Mosul, a humanitarian crisis in South Sudan and Russian aggression in the Baltic States.

With intimate access to all ranks from the Head of the British Army to new recruits, these three films will explore the multiple roles the British Army fulfil in some of the most troubled parts of the world.

Patrick Holland, Controller, BBC Two, says: “Wild Pictures’ series promises great insight and drama as it takes us right to the frontline with British soldiers, at a pivotal moment in the Army’s history. The series will reveal stories not covered by daily news bulletins and will instead explore how the Army continues to be deployed and at the forefront of our nation’s response, in a rapidly changing world”.

Clare Sillery, Head of Commissioning, BBC Documentaries, says: “With wide ranging access to soldiers operating across the world, this is a timely insight into the role of the British Army as it faces up to the challenges of the future. Alongside other recently announced programmes such as Breadline, Gifted and the second series of Hospital, this series demonstrates the ambition of BBC documentaries to reveal the modern world in all its complexity”.

How a team of Manchester Architecture alumni are helping to transform disused Manchester viaduct...