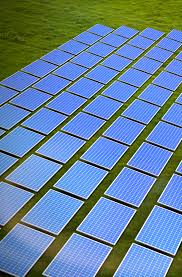 A net zero investment plan that leverages the UK’s existing economic strengths could help to drive growth and ‘level up’ the country as the benefits would be concentrated in lower-productivity areas of the UK outside London and the South East, according to new research from the LSE and Resolution Foundation published today .

Growing clean – the 19th report for The Economy 2030 Inquiry, a collaboration with the LSE, funded by Nuffield Foundation – examines how-well placed the UK is to make the required investments for a successful net zero transition, and the wider economic impact those investments might have.

Investment and innovation in clean technology will be key to the UK achieving its net zero ambition and driving growth. The Climate Change Committee forecast that net zero investment will need to rise from £13.5bn this year to £50bn by 2030, and that around 85 per cent of decarbonisation between 2020 and 2035 will involve low carbon technologies, either alone or with behavioural change.

The scale and pace of net zero investment required has led some to call into question its viability, while others say it is the solution to reversing the UK’s recent record of sluggish growth and weak productivity.

In reality, the report says, smart green investment does have the potential to generate growth in the UK, including in areas badly in need of more economic opportunities. But it is not a silver bullet to solve the UK’s wider economic challenges of low growth and high inequality, with other countries better placed to capitalise on many areas of clean growth.

Growing clean says that while the UK is not yet a green tech superpower, it does enjoy a comparative advantage over other advanced economies in several key technologies – notably tidal power, offshore wind and carbon capture and storage – as well as green finance, and underlying capabilities that can be built upon.

Government should focus on encouraging growth in these sectors, says the report, with its analysis showing that these green sectors enjoy greater returns to public support for innovation than other sectors, such as engineering and chemistry.

Turning to where opportunities for clean growth might be located, the report shows areas outside London and the South East have the greatest potential.

It notes that while overall innovation is generally concentrated in the ‘golden triangle’ between Oxford, Cambridge and London, the areas with the highest share of green patents are the Tees Valley and Durham, and Derbyshire and Nottinghamshire.

These areas – which underperform productivity-wise compared to the rest of the UK – are the most likely to gain from the expansion of clean technologies where the UK already performs well. This shows that a successful net zero investment strategy that targets these sectors could play a key role in supporting the government’s levelling up strategy too, say the authors.

Turning to how the UK can spur investment in clean technology, the report notes that while the UK leads as a centre of green finance, it cannot expect the private sector alone to provide the scale of investment required by our net zero ambitions.

Emerging technologies with high growth potential can benefit from the fact that the UK is well-placed as a hub of venture capital investment, ranking first in Europe. However, the authors caution that to date, clean tech has constituted a small share of this investment, a trend that will need to be reversed.

It concludes that smart public investment and incentives, targeted at areas of clean technology where the UK already enjoys advantages over its competitors will be key. Future work will explore what this strategy could mean for job creation.

Anna Valero, Senior Policy Fellow at the Centre for Economic Performance at the LSE, said:

“The scale of additional investment needed to make our net zero ambition a reality has led some to focus excessively on costs, while others to see it as the silver bullet that solves all our economic woes.

“In reality, smart net zero investment should be embedded in a wider economic strategy, especially as it could have the additional benefit of bolstering the government’s ‘levelling up’ agenda.

“Britain already has some key clean tech strengths from tidal and offshore wind, to carbon capture and green finance. Furthermore, much of the related technological potential is located in traditionally low-productivity areas like the East Midlands and North-East. The Government should prioritise leveraging these strengths as it aligns its ambitious net zero agenda with a new economic strategy for the 2020s.”