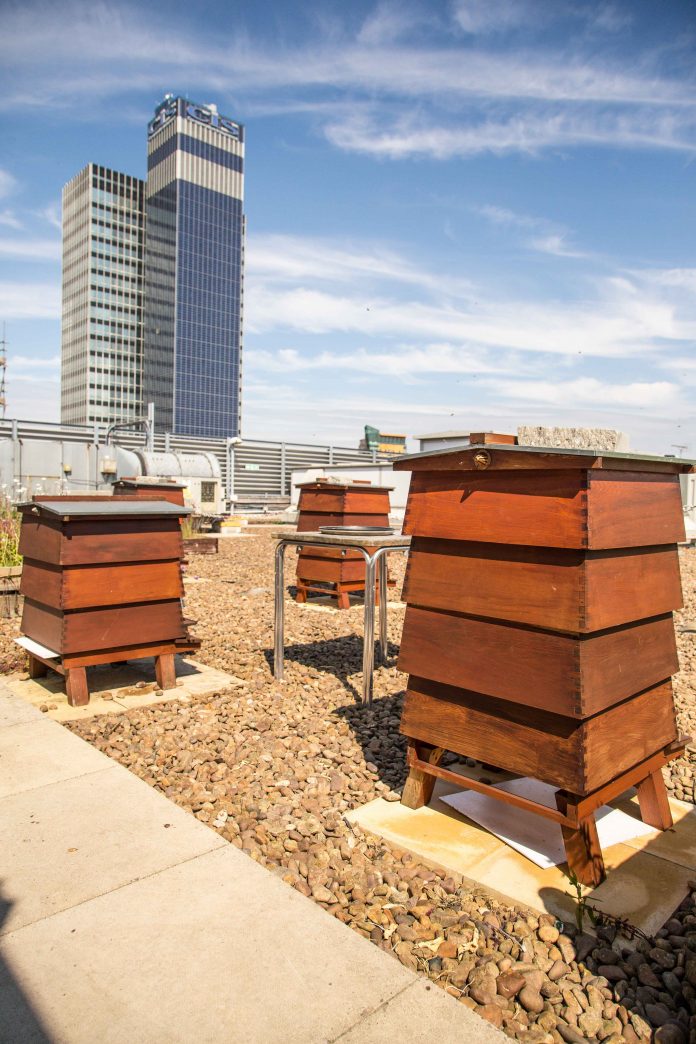 The Printworks, is giving members of the public the opportunity to adopt their very own bee in aid of charity.

Home to four beehives, housed in its little-known roof garden, The Printworks is aiming to raise £1,000 with its ‘Adopt a Bee’ initiative for Volition, a charity that aims to help unemployed people increase their employability through linking them to volunteer opportunities.

For  £2 per bee, or £25 for a Queen bee (of which there are four), members of the public can adopt and name the bee from The Printworks’ own hives, and in return, they’ll receive a framed certificate.

Last year’s ‘Adopt a Bee’ scheme enabled The Printworks to raise £2,500 for their charity partners, The Booth Centre and Forever Manchester.

Fred Booth, centre director for The Printworks said: “The bee is such an iconic symbol of Manchester and is synonymous with the hard-working Mancunian spirit. Bees are one of the most vital creatures in the world’s ecosystem, so it’s only right that we show them some love too.

“The interest this initiative generated last year from the public was staggering! We wanted to give people another chance to adopt their own bee, and raise money for a worthy cause.”

For the last six years, The Printworks has been keeping itself ‘buzzy’ with four beehives housing between 30,000 and 40,000 in each hive, and a beetle hotel which accommodates around 100 common ground beetles.

Last year, they sold 300 jars of honey, made from the hard-working rooftop bees, through Hard Rock Cafe. The proceeds were split between homeless charity The Booth Centre, and Forever Manchester.

The Printworks is also home to a hydroponics system, which has allowed the venue to grow everything from lettuce to strawberries, peppers to broad beans, and cauliflower to courgettes.

The fruit and vegetables harvested from the garden is also put to good use; the produce is either donated to The Booth Centre or used by the tenants themselves in creating fresh salads and quirky drinks, including rhubarb cocktails!

The Printworks won an award for its green initiatives and contributions towards the environment at a special ceremony at the House of Commons in November 2017.

For more information and to adopt your own bee, please visit: https://www.justgiving.com/crowdfunding/pwadoptabeevolition