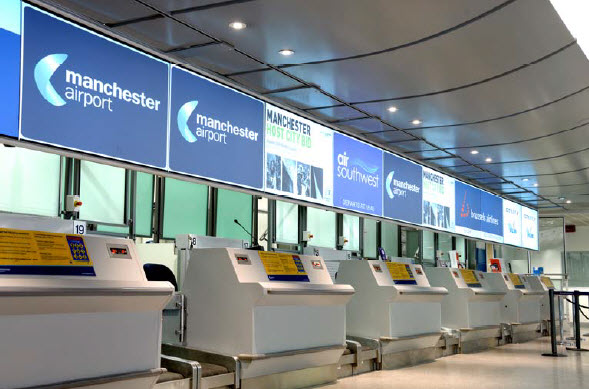 As the winter months continue, Manchester Airport is edging closer to breaking the 28m passenger number for the first time in its history.

More than 1.6m people passed through the UK’s global gateway in the North during the month, which was broadly flat on 2017.

The demise of Monarch late last year offset increased passenger volumes delivered by other airlines, though a series of announcements paint a positive picture ahead of the Summer season.

Jet.2com is picking up some of the capacity and will therefore split its operations between its current base in Terminal One and Terminal Two. It will see Jet2.com flights to Lanzarote, Majorca, Tenerife and Malaga using Terminal Two from early April.

Last month Ryanair also announced a $300m investment at Manchester Airport by basing an additional three aircraft at the UK’s global gateway in the North, which will also see the airline deliver ten additional destinations.

TUI and Thomas Cook Airlines have also added capacity for the summer season.Positive dialogue continues with a number of other airlines about filling the remaining slots vacated by Monarch.

Looking further ahead, the airport is gearing up for the launch of a new service to Seattle, with Thomas Cook Airlines, and the return of popular direct routes to San Francisco and Boston.

“One of Manchester Airport’s strengths is its mix of airlines and destinations, which provide passengers with an unrivalled choice of places to travel to for business or leisure.This has contributed to annual passenger numbers growing by more than 7.5% year-on-year, which is positive news for the region.As we enter the Spring months, we continue to have strong dialogue with a range of airlines about launching services to destinations across the globe, at the same time as progressing the £1bn transformation of the airport.”

Also this month Andrew Cowan was made chair of the newly formed Manchester India Partnership, which will see closer links between the two destinations form.

Manchester Airport’s cargo operations continue to grow with the rolling annual tonnage at 123,676, year on year growth of 8.32%.