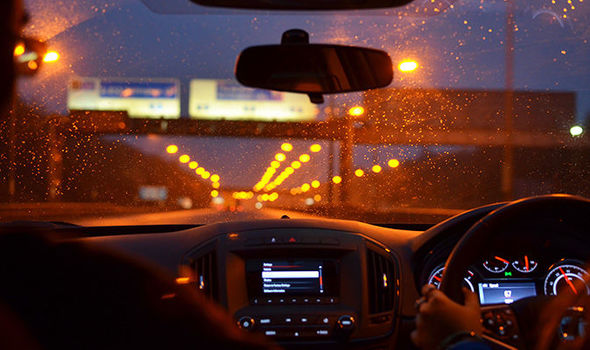 As the days get shorter and the nights grow longer motorists across Greater Manchester are being reminded to take extra care on the region’s roads.

Clocks go back this Sunday (28 October) and although we can all look forward to an extra hour in bed, a recent study has revealed that motorists are more than 30% more likely to be involved in a crash in the weeks that follow.

With roadworks taking place on some of the region’s key routes, including those on Regent Road, key routes are getting busier and will continue to do so the closer we get to Christmas which raises the chance of crashes.

The increased risk of being involved in a road incident during this time for men is around 37% while for women it’s 30%.

The research, which was carried out by insurance firm, Insure the Box, showed that journeys made between 5 and 8pm in the month following the start of Daylight Saving Time are the most dangerous.

Peter Boulton, TfGM’s Head of Highways, said: “We’re all aware that driving gets a bit more hazardous during the winter months but it’s sometimes worth reminding people to be extra vigilant when driving when the clocks go back.

“The figures released by Insure the Box certainly bear this out and it’s a real eye opener when you consider the number of vehicles out on Greater Manchester’s road network.

“There’s plenty of things we can all do as motorists to help prevent collisions and breakdowns, ranging from avoiding unnecessary travel during peak times and watching our speed through to ensuring that our vehicles have good tyre tread and that oil levels are topped up.

“But the most important advice, as is evidenced through this data, is that everyone should just take extra care when driving at night especially given the reduced visibility and that vehicles are well maintained and able to deal with the winter weather.”

This is how Altrincham town centre could look following the next phase of developing...