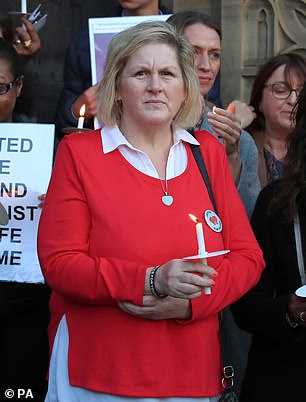 Tributes have been paid to 55 year old Debbie Makki, the mother of Yousef Makki who has died at the age of 55.

Her death comes just fourteen months after her son was stabbed to death in Hale Barns.

Her daughter Jade posted the following statement on Twitter:

“At 4am, my beautiful, strong mum Debbie Makki peacefully passed away.God rest your soul, at least you are with Yousef now, we told him we needed you here a bit longer but you had to be together We love you so so much, i promise we will keep fighting for justice”

Yousef was stabbed through the heart during a scuffle on the 2nd March last year when a drugs deal and planned robbery went wrong.

His friend Joshua Molnar  was found not guilty of murder and manslaughter following a trial at Manchester Crown Court but admitted possessing the knife which inflicted the fatal injury and lying to police at the scene and was sentenced to a 16-month detention and training order.

A second friend Adam Chowdhary, was given a four-month detention and training order after he admitted possessing a flick-knife.

The North West needed a New Deal, and all it got was a meal...