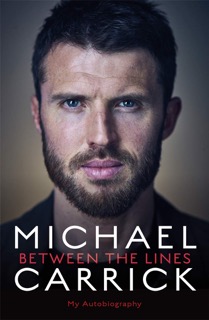 Manchester United and England football legend Michael Carrick will give new insight into his trophy-laden career and his charity – The Michael Carrick Foundation, at the Manchester Sporting Club on April 25th.

Michael counts West Ham and Tottenham Hotspur among the clubs he has represented during his career, as well appearing in two world cups for England and, for 12 years, starring centre stage at Manchester United where he won every possible domestic trophy and the European Cup.

Carrick is one of the most decorated English players of all time.Now, working as the first team coach under Ole Gunnar Solksjaer at Old Trafford, Michael is proving to be a success off the pitch as well on the pitch.

All guests will receive a framed photo with Michael, a signed copy of his new autobiography, ‘Between the Lines’ and the opportunity to witness a 45-minute Q&A hosted by acclaimed sports writer Henry Winter from The Times.

A portion of all the proceeds from ticket sales will also go towards the Michael Carrick Foundation, a charity dedicated to helping develop opportunities for children to feel safe, valued and inspired to achieve, so that they can make the best of their life and fulfil their potential.

The Manchester Sporting Club has had an impressive portfolio of guests including Freddie Flintoff, David Brailsford, Frank Bruno and most recently, Harry Redknapp – the ‘King of the Jungle’.

The Sporting Club is the world’s only private networking club with permanent venues in London, Manchester and Dublin for sport, the business of sport and those who simply love their sport.

Ian Stafford, Founder of The Sporting Club, said: “We are thrilled to be welcoming Michael Carrick to The Manchester Sporting Club.

“This is a must for all football fans as he’s undoubtedly got some great stories to tell which you don’t want to miss.

“And you can support the Michael Carrick Foundation in the process and help them continue their extraordinary work.” 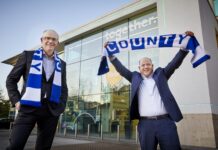 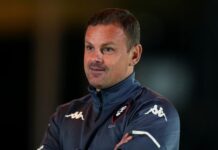