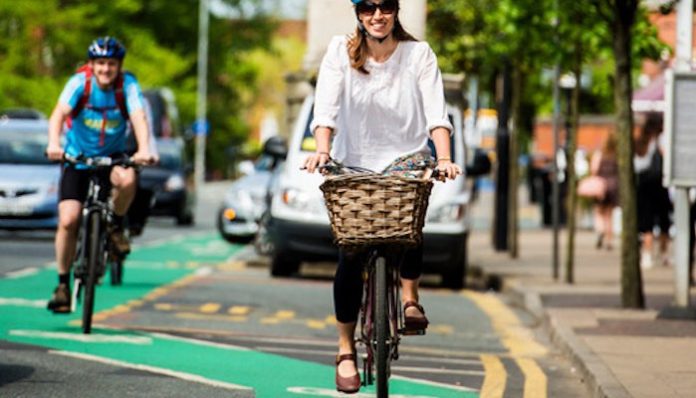 Asking for cycling and walking to be given the same status by the Department for Transport as roads investment, the Mayor of Greater Manchester, Andy Burnham, said:

“Successive Governments have treated cycling and walking as an afterthought. This cannot continue at a time when we’ve got congested roads, polluted air and high levels of physical inactivity.

“This isn’t about people riding bikes, it’s about creating healthier, better places to live, more economically-robust areas, revitalising town centres, and giving people a real and attractive alternative to driving. By the government’s own calculations, money invested in enabling people to cycle and walk is the most efficient transport spend that a nation can make. I just don’t understand why the penny hasn’t dropped yet.

“The transformational work we’ve started doing in Greater Manchester needs to be backed up by a consistent funding stream for active travel. The will is there – we’ve got thousands of residents keen to see improvements where they live, and the councils are up for this too. Sadly, our ambition needs to be matched by a funding model that is currently only reserved for other transport modes like motor transport. This isn’t just a problem for Greater Manchester, it’s a problem for countless other cities too like Bristol, Birmingham and Sheffield.”

Currently, only around 1% of the Department for Transport’s budget is allocated to cycling and walking.

“We’ve been inundated with requests from residents who want to make their neighbourhoods more appealing for journeys on foot and by bike.

“We’ve got some outstanding projects on the books already, but to keep our growing city moving, we need a radical stepchange in the way we make our journeys, from longer trips across the city by bike to short walks across each of our neighbourhoods.

We’ve got a once-in-a-lifetime opportunity to revolutionise how people get around and we cannot let it slip through our fingers.”