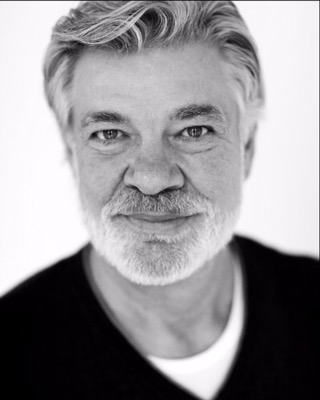 Matthew Kelly has appeared several times in the West End, as the original Stanley in Funny Peculiar, in Waiting For Godot with Ian McKellen and Roger Rees, Tim Firth’s play Sign of the Times, the musical Lend Me A Tenor! and as Lennie in the Birmingham Repertory Theatre’s production of Of Mice and Men at the Savoy Theatre where his performance won him the Olivier Award for Best Actor. His other most recent theatre credits include The Jew of Malta, Volpone and Love’s Sacrifice for the RSC, Toast (Park Theatre/59E59, New York), Twelfth Night (Liverpool Everyman) and The History Boys (Crucible, Sheffield).

Pride and Prejudice is the third Regent’s Park Open Air Theatre production to tour the UK, following their smash hit productions of To Kill a Mockingbird in 2014/15 and Lord of the Flies in 2015/16.

One of the most universally loved and quintessentially English novels of all time, Pride and Prejudice tells the story of the Bennet family and their five unmarried daughters. A family of humble means, Mr. and Mrs. Bennet see the perfect opportunity to improve their social standing when the wealthy Mr. Bingley and his eligible friend Mr. Darcy move to the neighbourhood. But while Bingley takes an immediate liking to their eldest daughter Jane, the dismissive Darcy instantly clashes with the Bennet’s headstrong second daughter, Elizabeth. As the Bennet sisters haplessly search for love in Jane Austen’s ultimate romantic comedy, it is Mr Darcy who unwittingly finds his match.

First published in 1813, Pride and Prejudice has remained one of the most popular novels in English literature, selling over 20 million copies and spawning numerous adaptations, most notably the 1940 film starring Laurence Olivier and the 1995 BBC adaptation starring Colin Firth. The Regent’s Park Open Air Theatre production of Pride and Prejudice was first staged in 2013 and returns as we approach Jane Austen’s bicentennial in 2017.

Also in the cast will be Tafline Steen made her professional debut as Jess in King Charles III at the Almeida Theatre, before reprising her role in the West End and on Broadway.

Benjamin Dilloway has appeared on screen in Kingsman: The Secret Service, New Blood (BBC) and Silk (BBC), with stage work including Of Mice and Men (Birmingham Rep) and King Lear (Almeida Theatre).

Doña Croll is best known for her screen roles as Vera Corrigan in Doctors (BBC) and Pearl McHugh in Family Affairs (Channel 5), with theatre credits including All My Sons (Birmingham Rep), Heresy of Love (Royal Shakespeare Company) and The Last Days of Judas Iscariot (Almeida Theatre).

They join the previously announced Felicity Montagu as Mrs. Bennet. Felicity played the long-suffering PA Lynn in I’m Alan Partridge, both in the TV series and the 2013 film Alan Partridge: Alpha Papa, and was most recently seen playing Mrs Mainwaring in the 2016 film remake of Dad’s Army.

Pride and Prejudice is directed by Deborah Bruce

Will of the people?