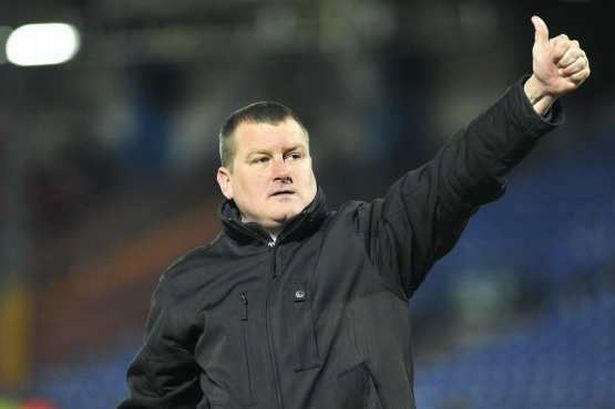 FC United of Manchester have announced that Karl Marginson will leave his post as manager by mutual agreement, and with immediate effect.

Both the club board and Karl Marginson have agreed that this is the right course of action in the best interests of both parties.

The board announced that “we’re sure that all FC United members and supporters will join us in thanking Karl for more than twelve years of fantastic service to the club. What the club has achieved on the pitch during this time, winning four promotions, has been wonderful and much of that has been down to Karl’s hard work and keen eye for spotting talented young players. Whilst off the pitch Karl’s love for the club and embracing of its values has been there for all to see. Such loyalty and commitment is all too rare in modern football and this has been a difficult decision and one that is tinged with sadness. We’ve had a disappointing start to the season, certainly not one that we were hoping for and we feel that the time is right for a change to enable us to improve our league position. It goes without saying that Karl will always be welcome at this football club and we look forward to seeing him back at Broadhurst Park.”

Karl added “to manage this football club has been a privilege and an honour, so it’s a very sad day for me to be leaving. What we’ve achieved on and off the pitch over the last twelve years has been brilliant – it’s a special football club and one that will always hold a place in my heart. I will always be a supporter of the club. I’d like to wish everyone at the club and its supporters all the very best for the future”.

Karl Marginson has been at the helm of FC United since 2005 when, with no previous managerial experience, he joined a football club, owned and run by its supporters, that was only a matter of days old; a unique footballing challenge.

Since then the forty six year old Mancunian has guided the club to four promotions, three league titles, two league cups and last season’s Manchester Premier Cup triumph. But perhaps the most famous moment in the club’s history came when they beat Rochdale 3-2 in the first round proper of the FA Cup on a raucous night at Spotland in 2010.

Karl originally managed the club on a part-time basis but later accepted a full-time position for the club in a role which also encompassed the coaching of youngsters and involvement in the club’s extensive community work.

The supporter owned club are now in their third season in National League North, at the sixth tier of English football, but a third of the way through the season lie second from bottom of the table having secured only eleven points from fourteen league games and last week exited the FA Cup, at the fourth qualifying round stage, losing 3-1 at fellow National League North side AFC Telford United.