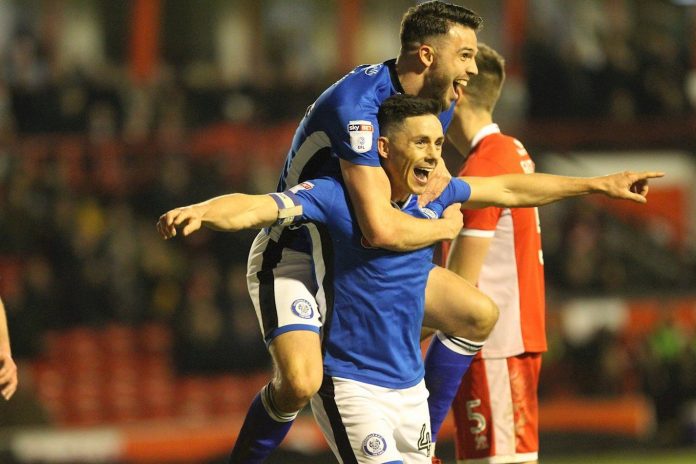 Rochdale climbed off the bottom of League One with a 3-0 win at Walsall.

immy McNulty’s header opened the scoring early on in the first-half, before Ian Henderson doubled the lead inside the final 20 minutes.

Josh Lillis saved a Erhun Oztumer penalty to keep the two goal cushion, before Alex Dobre scored a wonderful solo goal on his debut to round off an excellent performance and result.

“We have to win these games so that we’re like a stealth bomber and silently creep up on teams, so that when they’re sat at home with their feet up with a cup of tea they can be looking at the league table and thinking ‘where did they come from?’. Our plan is to be successful and to win football matches.” said Manager Keith Hill after the game.

Meanwhile Adam Le Fondre’s effort on the stroke of half time ensured that Bolton Wanderers took a deserved share of the spoils away from the Madejski Stadium on Tuesday evening.

Mo Barrow had opened the scoring for Reading with an angled effort, but Le Fondre’s leveller saw the Whites head back home with a point to their name from a tightly contested encounter.

Manager Phil Parkinson though felt they should have won the game:”We had a lot of chances before they scored and the goal was against the run of play.”