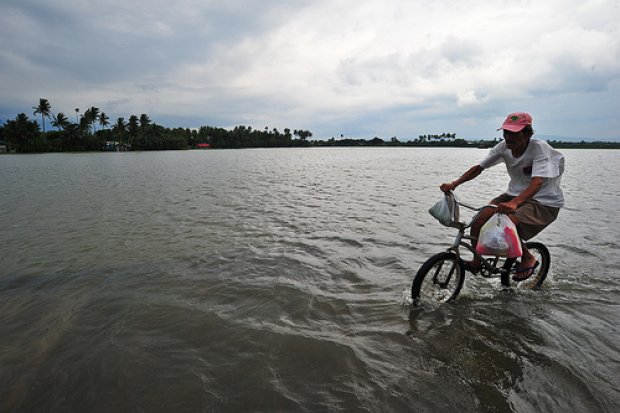 THOUSANDS of deaths from natural disasters could be prevented with the right kind of forewarnings.

The impact of floods, landslides and tsunamis is lessened if rescuers, authorities and the people living in the midst of the disaster share better, more accurate information.

The University of Salford’s £1.2m MOBILISE project looks put this principle into practice by applying digital and satellite mapping technologies to aid prevention, preparedness and adaptation in South Asia – where 14,546 deaths – 64% of global fatalities – occurred in 2015.

Mobilise, which is funded the UK Government’s Global Challenges Research Fund and the EPSRC, called its first major summit this week on the ground in Sri Lanka, a country where landslides and floods killed more than 150 people in May 2017.

A conference in the capital Colombo (Feb 27-28) was addressed by the Minister for Disaster Management, Hon. Anura Priyadarshana Yapa, and hosted by the Universities of Colombo and Moratuwa and the University of Salford’s THINKlab.

Joining the minister with his own keynote was Prof Terrence Fernando, of THINKlab, who is principal investigator of Mobilise. Terrence demonstrated how earth observation technologies and big data can play a role to strengthen local disaster risk and resilience.

During the two day event researchers from THINKlab, worked with 22 government agencies and also demonstrated a multi user collaborative virtual environment to plan future disaster incidents, giving the Sri Lankan minister a visual demo of a planning scenario around the 2015 Salford floods.

Dr Komal Aryal, research fellow in THINKlab in the School of Built Environment, said: “Building networks in the country is essential to the partnership. The partners are impressed with the technology available, now we must find the most effective ways of giving the right people access to it and encouraging local agencies to be more coordinated.”

Your Guide to Improving the Safety of Your Cross-Country Drive

Sex spills out of the bedroom