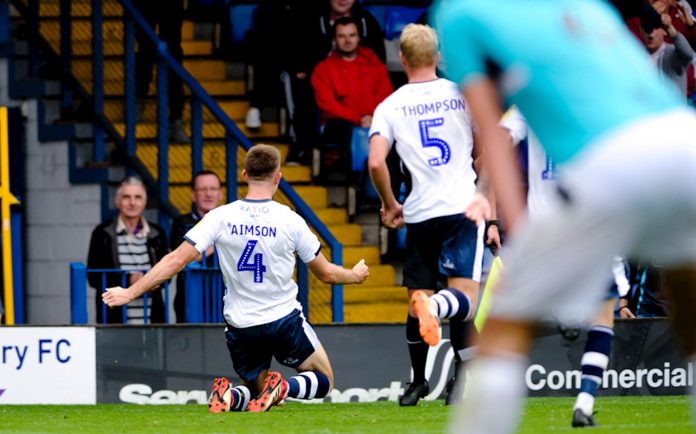 Bolton Wanderers secured their second victory of the Sky Bet Championship season on Saturday, with Phil Parkinson’s side running out 1-0 winners at the Madejski Stadium.

Second half substitute Yanic Wildschut was the difference maker for the Whites, as he latched onto a Craig Noone’s through ball and placed it under Reading’s Vito Mannone on 48 minutes.

A last minute Hilal Soudani goal broke the hearts of Wigan supporters who had twice led against Nottingham Forest.

Nick Powell and Will Grigg twice gave Latics the lead at the DW Stadium,Matty Cash drew Nottingham Forest level initially before Hilal Soudani scored a late second for Aitor Karanka’s side after a controversial late penalty award resulted in the Algerian firing home the rebound after Lewis Grabban’s spot-kick was saved by Christian Walton.

The hosts went ahead shortly before the half hour mark through Paddy Madden, before Henderson equalised from the spot after he had been brought down in the area.

Fleetwood were soon back in front after Ched Evans’ close range rebound, but Henderson struck again in the final minute of five added on to claim a point for Dale.

Bury made it two late goals in as many games at home in the league, as they rescued a point against ten-man Forest Green Rovers thanks to the late heroics of centre-half Will Aimson.

The visitors had led for almost an hour thanks to the head of Christian Doidge. However, their task was made harder with 15 minutes left as their captain Gavin Gunning was sent off for a second bookable offence.

Frankie Bunn says he was proud to be Oldham Athletic manager after Latics picked up their first win of the season with a 3-1 victory over Macclesfield Town.

Goals from Sam Surridge, Johan Branger-Engone and an Ishmael Miller sealer confirmed the points for Latics