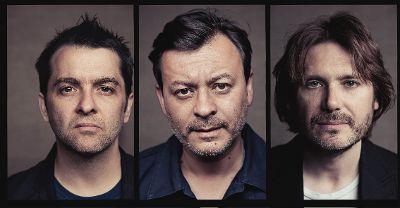 ‘Resistance Is Futile’, the band’s 13th studio album, is due for release on 6th April 2018 on Columbia/Sony (the album is the band’s 13th consecutive release for the label).

Of their first new recordings in four years, the band said: “The main themes of ‘Resistance is Futile’ are memory and loss; forgotten history; confused reality and art as a hiding place and inspiration. It’s obsessively melodic – in many ways referencing both the naive energy of ‘Generation Terrorists’ and the orchestral sweep of ‘Everything Must Go’. After delay and difficulties getting started, the record has come together really quickly over the last few months through a surge of creativity and some old school hard work.”

Following the twin musical departures of 2013’s largely acoustic ‘Rewind the Film’ and the glacial electronics of 2014’s ‘Futurology’, ‘Resistance Is Futile’ heralds a return to a classic Manics sound described by the band as “widescreen melancholia”. The songs on the album are the first recorded in the band’s new Door to the River studio (near Newport).

To coincide with the release of ‘Resistance Is Futile’, the band have announced their biggest series of UK live shows in over a decade. Support on all dates comes from very special guests The Coral.

They play Manchester Arena on the 28th April

Rainbows and sunbeams at the free family Sun Playground this August